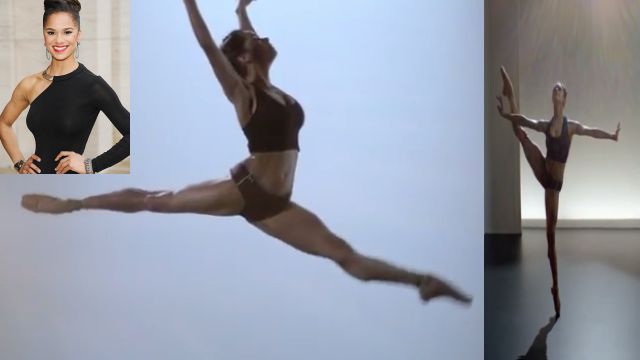 The body of a Goddess, the discipline of a soldier and the face of a new generation, Misty Copeland has just been named the first African American female principal dancer for the American Ballet Theatre.  It’s the first time a black woman has been appointed to that top spot in the company’s 75-year history.

Her meteoric rise has been nothing short of a miracle, and we all watched in amazement as this 32-year-old climbed the ranks of the dance world.  It made little black girls all over the world want to put on a tutu and dance again.  Like Barack Obama’s presidency and Tiger Woods’ golf success, it made us all believe in the unthinkable, previously unreachable, dream. Girls flocked to see the American Ballet Theatre’s production of “Swan Lake,” with Copeland being the first African American dancer to hold the starring role.

“Dear Candidate, Thank you for your application to our ballet academy. Unfortunately, you have not been accepted. You lack the right feet, Achilles tendons, turnout, torso length, and bust. You have the wrong body for ballet. And at 13, you are too old to be considered,” a little girl read on an Under Armour commercial featuring Copeland.  That little girl represented the negative feedback girls like Copeland heard far too many times as we watched Copeland’s athletic, yet majestic body leap and dance, sending chills up our spines.  Copeland’s Under Armour commercial was highlighting the brand’s “I Will What I Want” campaign.

And not only did she “will it,” she worked her ass off to achieve it.  Copeland joined the ballet company in 2001 and was appointed a soloist in 2007. Copeland aspired to be the cover girl for a “new kind of ballet,” and she has.

Not surprisingly, Copeland was named one of Time magazine’s 100 most influential people in 2015.  On her short list of achievements, Copeland has danced with His Royal Purple Badness, Prince, on tour and has also written a best seller.

“My fears are that it could be another two decades before another black woman is in the position that I hold with an elite ballet company,” she wrote in her memoir, “Life in Motion: An Unlikely Ballerina,” published in 2014. “That if I don’t rise to principal, people will feel I have failed them.”

Well, she has not failed us, and we all salute her.  Take a graceful bow, you’ve done it!

Check out Copeland in the Under Armour ad.