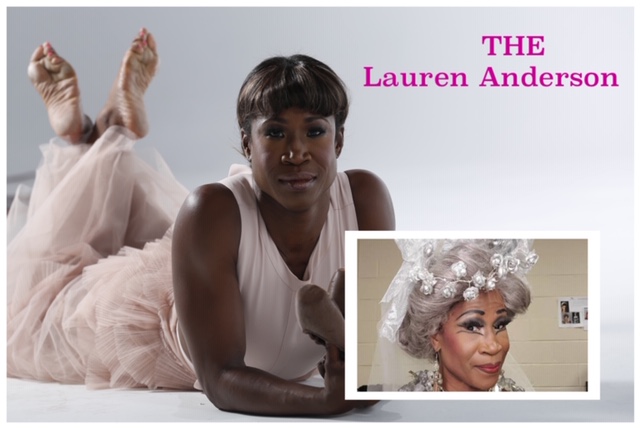 HOUSTON – A fierce photo of a group of sassy little Black ballerinas set the Internet on fire recently, and the photographer, Brandie Perry, told reporters the tiny #BlackGirlMagic troop looked up to the young woman iconic singer Prince said was his muse.

“It started off as photos of friends going to dance together and getting pictures,” said Perry, whose photo of the girls went viral in February. “But they all look up to Misty Copeland, and it’s Black History Month, so it couldn’t have happened at a better time.” And while the tiny ballerinas from Beaumont, Texas look up to Copeland …. Copeland has praised the legendary Houston ballerina who helped to pave the way for generations to come.

Before Copeland became the first African American principal dancer at the American Ballet Theatre, Lauren Anderson burst through a glass ceiling, becoming the first African American principal ballerina at the Houston Ballet in 1990. And before Anderson, when blacks were still considered “colored,” Raven Wilkinson forged the path in the 1950s as a dancer for the Ballet Russe de Monte Carlo.

Both Anderson and Wilkinson were at Copeland’s 2015 debut in Swan Lake, which was the first time a Black woman became the Swan Queen with American Ballet Theatre. Anderson presented Copeland with flowers onstage after the historic performance.

A trio of “firsts” celebrating each other’s successes, which sadly, had large gaps in between. But today, because of these pioneers, and a few others, one door after another are beginning to open.

What’s the difference between then and now? Why is #BlackGirlTwirl becoming a movement?

The internet — which Anderson credits as a force in helping to highlight black ballerinas around the world.

“One thing about the diversity of African Americans in these major ballet companies is social media. It has changed the world of dance in so many ways,” Anderson said. “We are able to see who’s out there doing what, in what company, in real time. We have always been there, but not necessarily been seen by the rest of the industry. That being said, the ‘trend’ is diversity and inclusion. We have always had the talent, but not been given the chance.”

And with the crack in the door being opened wider for African Americans in dance, an elephant (in a pink tutu) still remains in the room: body image.

When one thinks of the “typical” ballerina, you may think of a “Black Swan” movie storyline: frail, near-starvation dancers suffering from eating disorders. But one look at Anderson’s impressive frame, you see the strength of the Black female body. Anderson says we must release the stereotypes and focus on health and fitness. It starts where we live, and overall, how we perceive ourselves.

“Most people are not the typical frames of ballerinas! However, most Black neighborhoods are food deserts and have mostly fast food establishments. We need to have access to healthy food and good information on what is best to eat to stay in shape and be healthy,” she explained. “We all have to train our bodies ridiculously hard to be in ballerina condition. Unfortunately, one wall of our dancer lives is a mirror. We are our worst critics of what is in that mirror. Especially women!”

Anderson worked hard to transform her body. Early in her career, she became a pescatarian, took Pilates and made fitness her focus, along with hard work and determination. Her breakthrough came when legendary Houston Ballet artistic director Ben Stevenson promoted her to the principal.

After that, she went on to dance leading roles in all of the classical ballets. Anderson remained at the helm of the Houston Ballet for 16 years, before retiring in 2006.

In January 2007, she joined the Houston Ballet’s education department where she teaches ballet classes, conducts master classes at area schools, with heavy focus on underserved communities.

Anderson has accepted the responsibility of her role as a “first,” and continues to give back, helping to mold the next generation. But like any great artist, when the stage calls, you must answer.

Anderson is gracing the stage again at the Wortham Theatre, starring as Queen Mother in “The Sleeping Beauty,” Stevenson’s interpretation of the classic French fairytale by Charles Perrault.

“I am loving getting back on stage with the Houston Ballet. The Sleeping Beauty is a stunning production, from the dancing to the sets and costumes. You don’t want to miss it,” she said.

A pair of Anderson’s pointe shoes are on display at the Smithsonian’s National Museum of African American History.

When asked what’s the best advice she can give to a woman trying to chase her dreams, she said, “Nobody can do you better than you. You don’t need to be anyone else.”

And what’s the best advice a woman ever gave her? “Trust your gut, trust the process!”

And by the way, who is one of Anderson’s inspirations? None other than legendary dancer, choreographer, producer and director — Ms. Debbie Allen — who’s also a Houston native.

“Woman Crush Wednesday!! I use to run to the television to see this woman on Fame back in the 80s. “Dance for real, honey!” I love you @therealdebbieallen,” @laurenandersonofficial posted on Instagram.

Woman Crush Wednesday!! I use to run to the television to see this woman on Fame back in the 80s. “Dance for real, honey!” I love you @therealdebbieallen #blackhistorymonth #womancrushwednesday #fame #debbieallen #lydiagrant #icon #danceforreal