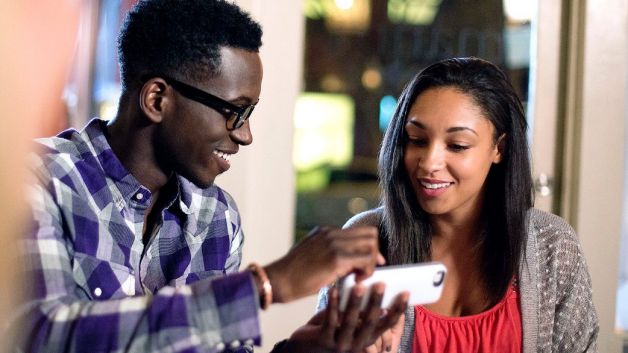 Dating. Do people still do that anymore? Do men still ask women out for dinner to a nice restaurant, have nice conversation and then pick up the tab? Or is that Generation X?

First off, who is considered to be in the Generation Y era? According to socialmarketing.org, Generation Y consists of babies born between 1977 to 1994. This generation grew up in the era of the beginning of technology; more racially and ethnically diverse in t.v. channels and have a more sophisticated knowledge of the cultural and technological environment than our predecessors, Generation X. This makes it understandable as to how Generation Y is more in tune with meeting people online more than our grandparents could ever see. It seems as if this generation is slacking in the dating world, and it’s quite sad how it’s common to not formally be in a relationship with someone anymore as opposed to casually hooking up for a good time. Dating is no longer taking place in person, but rather over the internet instead. Rapper Yo Gotti’s “Down in the DM” was a hit song last year– that pretty much summed up the entire generation’s views and how we often go about intermingling with one another.

Either our generation is afraid of rejection, or we just don’t know how to communicate with one another. There is hardly any such thing as approaching someone and asking them for their number. We’d rather find their Twitter or Instagram handle and communicate back and forth privately. Compared to hearing stories of how our grandparents courted each other, we have shunned those way almost entirely.

Dating is more than an online type of forum where sites like Match.com and Tinder are the new “hotspot” to find the perfect Mr. or Mrs. Right. According to Rolling Stone, although the social sites makes us feel less alone in the struggles that go with maintaining a romantic relationship, social media simultaneously isolates us.

People are afraid of being rejected, let alone by someone who we deem high on the attractive spectrum. Finding someone who shares the same common interests on social media makes us feel a type of way, but to meet them…. that’s a different story! Dating is hard, simply because we are a technologically savvy generation that craves the immediate gratification of the “open” internet, but at the same time, we crave the intimacy we yearn.