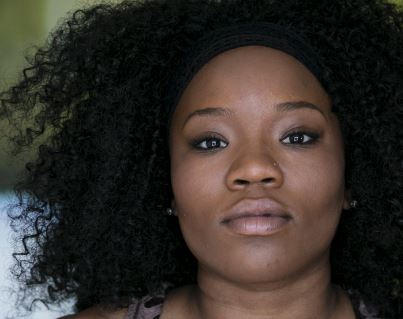 Local actress Simone Gundy of ‘The Voice’ cast in lead role for Theatre Under The Stars’ MEMPHIS!

HOUSTON – Houston actress, Simone Gundy, who competed on Season 11 of “The Voice,” will star as “Felicia” in Theatre Under The Stars’ (TUTS) upcoming production of MEMPHIS!

“When I found out I was cast in Memphis, I screamed! I’m just beyond grateful. Felicia Farrell is a dream role of mine, and her character with all of her spirit and tenacity is so much like me that I can’t wait to step into her shoes,” said Gundy.

The production, which will be directed by TUTS Artistic Director, Dan Knechtges, will feature a cast that is comprised of incredibly talented actors from across the country, with Houstonians making up half the cast.

Starring alongside Gundy in the role of Huey is Barrett Riggins, whose many regional theatre credits include ALL SHOOK UP at The MUNY, GREASE, and A LITTLE NIGHT MUSIC. “Last summer, I had the good fortune to work with the fresh out of school Barret Riggins, who blew everyone away with his performance. I am thrilled he will be able to join us here in Houston alongside Simone. Houston is lucky to have such an incredible talent as Simone who will dazzle our audience’s with her incredible voice and spirit,” said Knechtges.

Joining Gundy and Riggins is Julie Johnson, reprising her role as Mama, which she performed to great acclaim in the First National Tour of MEMPHIS, Sheldon Henry as Bobby, Jared Howelton as Wailin’ Joe, Avionce Hoyles as Gator, Philip Lehl as Mr. Simmons, and Warren Nolan Jr. as Delray.

Henry, who was in TUTS’ 2017 production of DREAMGIRLS, has appeared in the National Tour of SOUTH PACIFIC, and in many regional theatre productions including SCOTTSBORO BOYS (Speak Easy Stage Company), and GUYS AND DOLLS (WestChester Broadway Theatre). Howelton was most recently in the National Tour of Motown The Musical.  Hoyles has appeared in numerous regional theatre productions including JESUS CHRIST SUPERSTAR (Paramount Theatre) and SISTER ACT (Ogunquit Playhouse).

Johnson’s notable credits include CANDIDE on Broadway, and roles in many regional theatre productions including MAME, THE BEST LITTLE WHOREHOUSE IN TEXAS, CHESS, and THE ROCKY HORROR SHOW.  Lehl‘s credits include BLOOD BROTHERS on Broadway, HUNDREDS OF HATS Off-Broadway, and the National Tour of TITANIC, THE MUSICAL.  He has also appeared in more than 30 productions at The Alley Theatre.  Nolan has appeared in the National Tour of RENT, HOW THE GRINCH STOLE CHRISTMAS (Old Globe Theatre), and FALSETTOS (Diversionary Theatre).

As previously announced, Knechtges will be joined on the production by Jessica Hartman as Choreographer, Darryl Ivey as Music Director, Ryan O’Gara as Lighting Designer, Andrew Harper as Sound Designer, Kevin Depinet as Set Designer, Leon Dobkowski as Costume Designer, and Jeff Knaggs as Hair and Makeup Designer.

Inspired by actual events, MEMPHIS is about a white radio DJ who wants to change the world and a black club singer who is ready for her big break. Come along on their incredible journey to the ends of the airwaves – filled with laughter, soaring emotion and roof-raising rock ‘n’ roll. Winner of four 2010 Tony® Awards including Best Musical, MEMPHIS features a Tony®-winning book by Joe DiPietro (I LOVE YOU, YOU’RE PERFECT, NOW CHANGE and ALL SHOOK UP) and a Tony®-winning original score with music by Bon Jovi founding member David Bryan.

MEMPHIS is made possible thanks to the generous support of production sponsors, ConocoPhillips, Apache, and Freeport LNG.