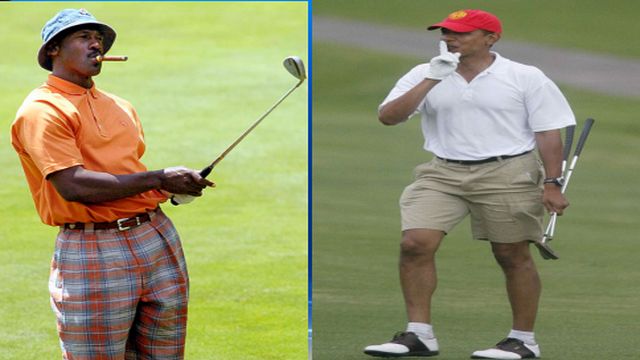 And yet…ANOTHER REASON…why WE LOVE PRESIDENT OBAMA!  He is quick with the wit and cool with a snappy comeback.

The president had some witty comebacks of his own, referring to Jordan having a lot of time on his hands during retirement.

“There is no doubt that Michael is a better golfer than I am. Of course, if I was playing twice a day for the last 15 years, then that might not be the case,” Obama said. “He might want to spend more time thinking about the Bobcats or maybe the Hornets.”

On another note, isn’t it just GREAT when you can be a “go-zillionaire” (As Jethro Bodine says) so cool that you can take shots at the president of the United States, and the president admires and respects you so much that he can do a little round of the “dozens” with ya.  Only in America — today’s America.

Anywho, listen to the interview belowl, courtesy of SoundCloud.  Fast forward to 7 minute, 12 second mark if you want to get straight to the quote.