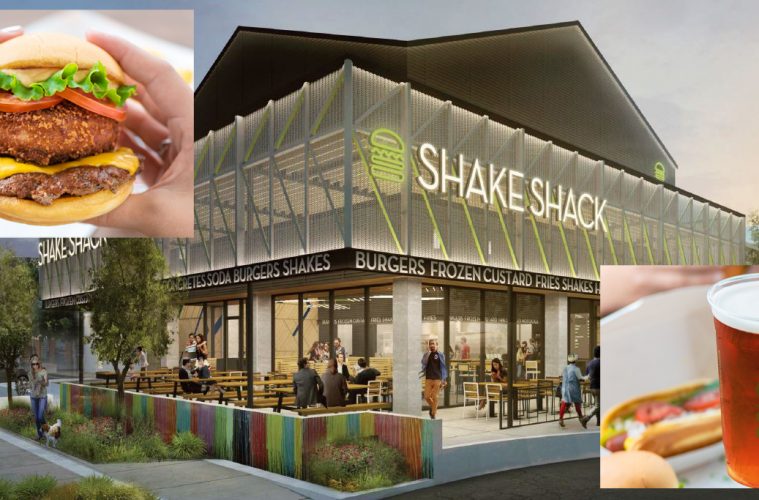 HOUSTON —What’s shakin’ Houston?! Shake Shack® is thrilled to announce it will open its doors in Rice Village on Feb. 28 at 11 a.m. The Rice Village Shack will be situated in a prominent corner location at 6205 Kirby Drive. This marks Shake Shack’s third Houston Shack, with existing locations at The Galleria and Minute Maid Park.

MEMORY LANE: NewsWithAttitude.com attended the opening of a Shake Shack at the Houston Galleria and “My, oh, my!” is all we can say.

A burger in one hand & chicken sandwich in other.. I’m not greedy, but this is how they greeted me at #VIP #GrandOpening of @shakeshack YUM! pic.twitter.com/a3eUSKkKkU

Toast to my NEW BEST friend. Why? Because he brought @shakeshack to Houston! Thanks #CEO #RandyGarutti #VIPOpening #Galleria #LetsEat pic.twitter.com/1b2tDgJXFr

As part of Shake Shack’s mission to Stand For Something Good®, The Rice Village Shack will donate 5% of sales from its Pie Oh My pie concrete to Houston Humane Society, whose mission is to end cruelty, abuse and the overpopulation of animals while providing the highest quality of life. Shack team members will also volunteer at events run by the organization.

Dang…. This is what I call a burger … And this is the man who brought this burger to Houston, baby! @shakeshack #Houston #Galleria pic.twitter.com/SUZvqqfOmW

In keeping with Shake Shack’s commitment to green architecture and eco-friendly construction, The Rice Village Shack’s tabletops will be made by CounterEvolution using reclaimed bowling alley lanes; chairs will be designed by Uhuru using sustainable materials; and booths will be crafted by Staach using lumber certified by the Forest Stewardship Council.

Shake Shack is a modern day “roadside” burger stand known for its 100% all-natural Angus beef burgers, chicken sandwiches and flat-top Vienna beef dogs (no hormones or antibiotics – ever), spun-fresh frozen custard, crinkle cut fries, craft beer and wine (available at select locations) and more. With its fresh, simple, high-quality food at a great value, Shake Shack is a fun and lively community gathering place with widespread appeal. Shake Shack’s mission is to Stand for Something Good®, from its premium ingredients and caring hiring practices to its inspiring designs and deep community investment. Since the original Shack opened in 2004 in NYC’s Madison Square Park, the company has expanded to more than 100 locations in 19 U.S. States and the District of Columbia, and more than 50 international locations including London, Istanbul, Dubai, Tokyo, Moscow, Seoul and more.

Blast from the Past:

Check out photos from the Shake Shack Galleria open in 2016