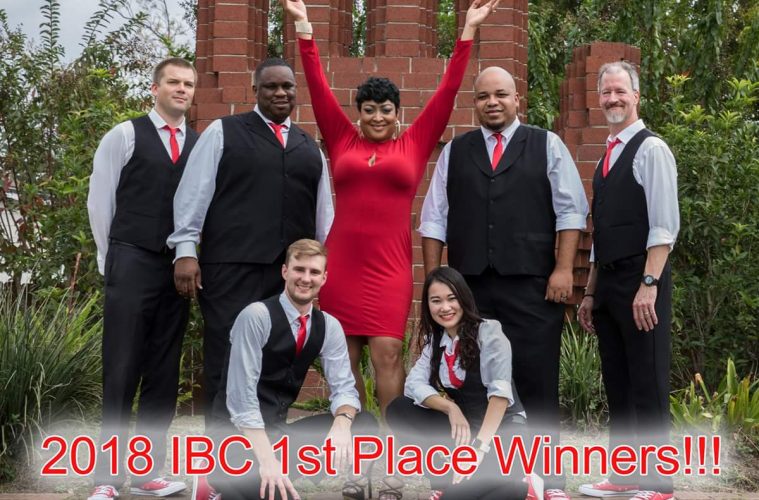 MEMPHIS, Tenn. – With the help of the Keeshea Pratt Band and the Houston Blues Society (HBS), Houston can officially reclaim the title: “Blues Capital of the World.”

The Keeshea Pratt Band was crowned winner of the 2018 International Blues Challenge, Saturday night, January 20, 2018, in Memphis, Tennessee. Winners were announced at the historic Orpheum Theater after 230 Blues acts, from all over the world, competed for the coveted award.

“Wow, what a week this has been,” said Pratt. “We would first like to thank our Houston Blues Society for believing in us and supporting us. They gave us an opportunity and we maximized the moment.”

The Houston Blues Society hosted The Houston Blues Challenge last fall to narrow down finalists among local bands, as well as local solo/duo Blues artists. John Egan was chosen to represent in the solo/duo category and made a strong showing advancing to the IBC semi-finals. Houston was also represented in the Youth Showcase category by local upstarts who go by the moniker: “Untitled.”

“For decades our city has enjoyed boasting a rich Blues history that few Houstonians are even aware of,” said Anni Eason, HBS President. “At the Houston Blues Society we are proud of our storied past and strive to educate through music and youth programs. This year at the International Blues Challenge Houston’s own The Keeshea Pratt Band brought home the title.”

This year marks the 34th year that the International Blues Challenge has been held in Memphis, Tennessee. The finale concluded a week of performances from bands and musicians from affiliate blues societies who gathered from around the globe. The famed event was staged under the auspices of the Memphis-based nonprofit, The Blues Foundation.

About Houston Blues Society – As a 501c(3) non-profit organization, the Houston Blues Society works on “Keeping The Blues Alive” by exposing audiences to Houston’s heritage in it. One of the four major blues cities in America, with deep roots in the art form, it’s witnessed through our talented musicians and venues throughout the region. The purpose of HBS is to provide for the study, research and preservation of the blues culture unique to Houston and the Texas Gulf Coast and for the continued development of the blues tradition. This is achieved through outreach and promotion of benefits, festivals and fundraisers, in addition to administering youth scholarships and Blues in Schools programs to continue to nurture a love of blues for future generations.

To learn more, go to http://www.houstonbluessociety.org/