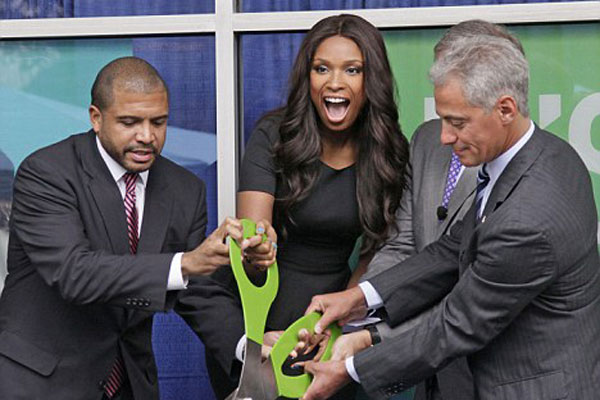 CHICAGO— While her body is getting slimmer, her pockets and popularity are increasing in size by the moment; but let’s face it..she deserves it!  The new “It” girl Jennifer Hudson has opened a new Weight Watchers Center in Chicago.

The singer/ actress hopes her commitment to a healthier lifestyle will rub off on others as she remains dedicated in the fight against obesity.

Hudson is a Weight Watchers spokeswoman – one of the best looking ones we’ve ever seen – and has lost an impressive 80 pounds so far.

“I never thought I would make it to have my own center,” said Hudson, who wore a fitted, ruffled black dress and high-heeled studded black boots. “I’m so honored to be here and see this day.”

Despite all her accomplishments, neither Hudson nor any of her fans can forget her recent tragedies.  The Oscar winner’s life was turned upside down after her mother, brother and nephew were shot to death in October 2008.

In her family’s honor, Weight Watchers will donate a portion of the center’s revenue to a foundation in honor of her late nephew, Julian King.

We just continue to sing her praises and say, “You go girl!”