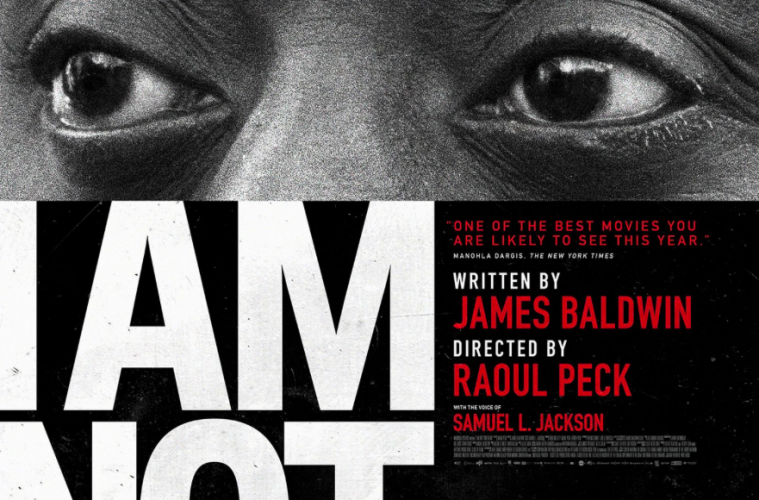 I had never heard of James Baldwin until the trailer for the documentary circulated on Facebook.The powerful words he spoke about racial equality captivated my attention, and stroked my curiosity. This then led me to Google Baldwin and the information I discovered intrigued me even more.

I thought to myself, “I must go see this.” I had never been so eager to see a film, but this was no ordinary movie. This was a tale about the struggles of my ancestors— a story surrounded around people who were willing to die for their freedom and equality. This was a part of my story and who I am as a black journalist in America.

In 1979, Baldwin put his next project in motion, which was going to be a book called “Remember This House.” This was a personal account surrounding the lives and assassinations of his three friends; Martin Luther King, Jr,. Malcolm X, and Medgar Evers. Unfortunately, Baldwin died of stomach cancer, only leaving behind 30 pages of the unfinished project.

Luckily for us, movie director Raoul Peck brought his vision to life by turning the manuscript into an hour and a half long documentary. Academy Award-winning actor Samuel L. Jackson narrated the film as his deep, serious tone made you feel every word he spoke. The theater was silent, and I was surprised there were more of my white counterparts in those seats than my own brothers and sisters.

Black and white images filled the screen of my ancestors picking cotton in the fields. Very graphic photos of men hanging from trees with ropes tied around their neck sent chills down my spine. I had seen photos like such before, but this time is was different. I felt a certain connection to those men hanging as their lifeless bodies swayed back and forth. It made me feel like it was my uncle or brother up there, but it also made me thankful that I did not have to witness such hatred first hand.

Baldwin emerged from the Civil Rights era, which allowed him to have a front row seat to segregation and the mistreatment of African-Americans. Most of his works challenged the thoughts of what one would deem to be solid, and made you seek out logic. He was in the business of shining light on the oppressed while not letting the oppressor forget about what they have done.

“If any white man in the world says ‘give me liberty or give me death,’ the entire white world applauds. When a black man says exactly the same thing, word for word, he is judged as a criminal and treated like one and everything possibly is done to make an example out of this bad nigger, so there won’t be anymore like him,” said Baldwin on a 1960’s talk show.

His ideologies made us think— he broke complex situations down in such a way that he could be the only black man in the room and still move the crowd. His words moved me so much that it made me go see it twice. The movie is a must-see, and I would encourage everyone to see it, no matter your background.

The film has received an Oscar nomination for “Best Documentary” after receiving great reviews.

James Baldwin’s views and concepts are still being taught around the world to this day, shaping and influencing anyone under his teachings to be critical thinkers. Baldwin set the bar for literacy and excellence, challenging us to use the power of your intelligence to fight, and not the power of your fist.