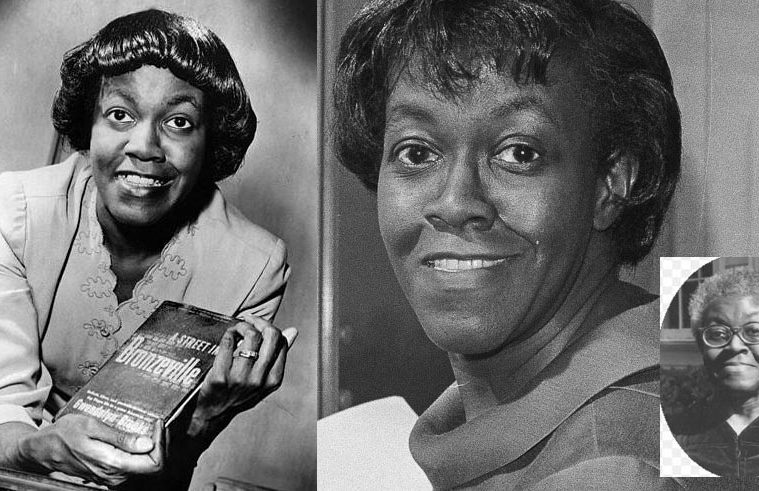 Poet, author, and teacher Gwendolyn Brooks was born on June 7, 1917 in Topeka, Kansas. Brooks always loved to write. She began writing at an early age and her mother encouraged her writing skills by saying, ”You are going to be the lady Paul Laurence Dunbar.” Her premonition was right.

By the age of 13, Brooks published her first poem, “Eventide,” in a children’s magazine, American Childhood. When she was 16 years old, she had written and published 75  poems.

In 1949, Brooks’ second book of poetry, Annie Allen, focused on the life and experiences of a young Black girl as she grew into womanhood in Chicago. The book was awarded the 1950 Pulitzer Prize for poetry, making Brooks the first African American woman to win the prestigious award. Brooks received many honors and achievements for her work. She was appointed Poet Laureate of Illinois in 1968, inducted into the National Women’s Hall of Fame in 1988, awarded the Order of Lincoln award, and more.

Although Brooks lost her battle with cancer on December 3, 2000 at the age of 83, her poetic words continue to flow through our soul.

Here is one of Brook’s famous poems:

To Be In Love

To be in love
Is to touch with a lighter hand.
In yourself you stretch, you are well.
You look at things
Through his eyes.
A cardinal is red.
A sky is blue.
Suddenly you know he knows too.
He is not there but
You know you are tasting together
The winter, or a light spring weather.
His hand to take your hand is overmuch.
Too much to bear.
You cannot look in his eyes
Because your pulse must not say
What must not be said.
When he
Shuts a door-
Is not there_
Your arms are water.
And you are free
With a ghastly freedom.
You are the beautiful half
Of a golden hurt.
You remember and covet his mouth
To touch, to whisper on.
Oh when to declare
Is certain Death!
Oh when to apprize
Is to mesmerize,
To see fall down, the Column of Gold,
Into the commonest ash.