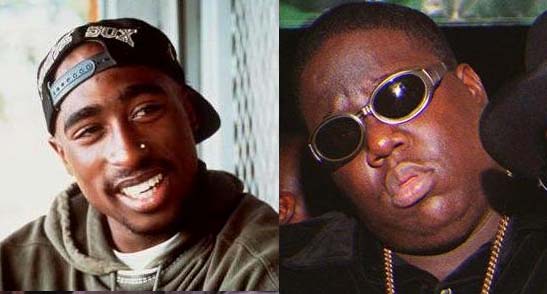 Meek Mill and Rick Ross’ new song claims “Tupac’s Back,” and apparently, thanks to some thrifty hackers, a PBS website said the same for a short while, according to CBS News.

PBS officials confirmed Monday that hackers broke into their system and posted a story claiming murdered rap legends Tupac Shakur and Biggie Smalls, aka Notorious B.I.G., both were very much alive and living in New Zealand.

The phony story, which was posted on the site “PBS NewsHour,” was promptly taken down Monday morning.  The site is produced by WETA-TV in Arlington, Va.

An excerpt from the fake posting read, “Prominent rapper Tupac has been found alive and well in a small resort in New Zealand, locals report. The small town – unnamed due to security risks – allegedly housed Tupac and Biggie Smalls (another rapper) for several years. One local, David File, recently passed away, leaving evidence and reports of Tupac’s visit in a diary, which he requested be shipped to his family in the United States.”

Officials said the group that claimed responsibility for the hacking complained about a recent “Frontline” investigative news program on WikiLeaks.

There message claiming responsibility boldly stated, “Greetings, Internets. We just finished watching WikiSecrets and were less than impressed. We decided to sail our Lulz Boat over to the PBS servers for further… perusing. As you should know by now, not even that fancy-ass fortress from the third shitty Pirates of the Caribbean movie (first one was better!) can withhold our barrage of chaos and lulz. Anyway, unnecessary sequels aside… wait, actually: second and third Matrix movies sucked too! Anyway, say hello to the insides of the PBS servers, folks. They best watch where they’re sailing next time.”

The hackers also posted login information for two internal PBS sites: one that media use to access the PBS press room and an internal communications website for stations.

Shakur died in a shooting in Las Vegas in 1996. Smalls, whose real name was Christopher George Latore Wallace, was gunned down the following year in a Los Angeles drive-by shooting.

So, no matter what the hackers posted and how much the hip hop community would love the resurrection of our two fallen heroes, Tupac and Biggie, like Elvis, remain dead.

We lost two of the greatest due to senseless violence and hopefully their deaths were not in vain.