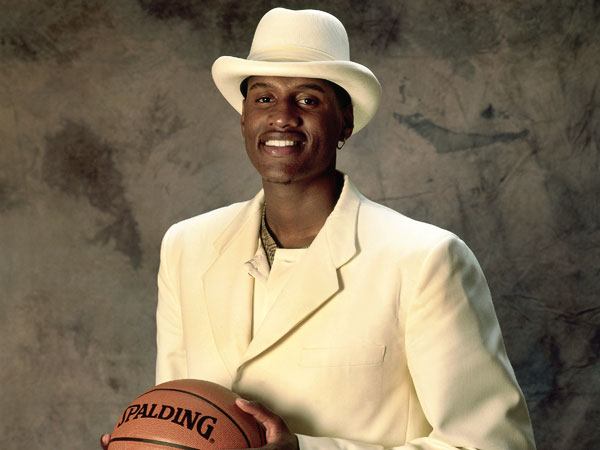 Former NBA player Samaki Walker is facing charges for drug possession after he was arrested during a traffic stop in Arizona, according to ESPN.com.

Walker was pulled over in his 2002 Mercedes-Benz Thursday night, but allegedly tried to shield some evidence from police.

Police said they could smell marijuana as they approached the vehicle, but Walker allegedly tried to eat some of it.

Officials seized a total of approximately 10 grams of marijuana, in addition to some prescription drugs and eight bottles of liquid steroids.

Walker still plays professional basketball for Al-Jalaa Aleppo in Syria, where he said that steroids are legal.   Legal or not, are they healthy – or moral?

Walker was the ninth overall pick of the 1996 draft by the Dallas Mavericks .  He also played for the Los Angeles Lakers, Washington Wizards, Miami Heat and Indiana Pacers.

All we can do is let out a big sigh and pray that no child “looking up to” Walker tries to follow in these footsteps.