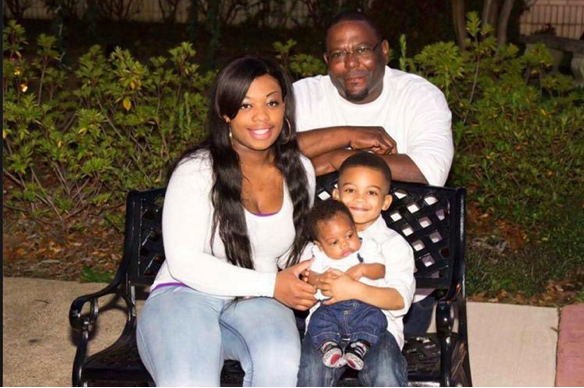 A disturbing Facebook video recently went viral after it captured a young woman dying during a Facebook Live stream.

Thousands witnessed the final moments of 25-year-old Keiana Herndon, who collapsed during a live streamed video on Facebook at her friend’s house in El Dorado, Arkansas.

The video starts off with Herndon singing, then bringing one of her two sons in the video view. Moments later, she collapsed and the phone dropped, with Herndon and her youngest son no longer in view.

The baby could be heard screaming in the background. That is when views on the video went from just a few to thousands within minutes.

Herndon was found unresponsive 30 minutes later by a friend and rushed to the hospital, where she was pronounced dead.

Richard Herndon, the woman’s father, told ABC7 Chicago that he is devastated at the loss of his only child and has not watched the video.

“I haven’t seen the video. I don’t have the strength right now,” he said.

The grieving father said he was even more shocked at how the video went viral so quickly, with not many moving to action.

“It’s amazing for someone to sit there and see somebody or hear them take their last breath and nobody did anything. So I want to take my hat off to everybody that actually did something,” he said.

Keiana Herndon’s uncle, Jeffrey Herndon, said he saw the video and was stunned by the footage and heard his niece struggling with her breathing.

“It was real hard,” he said. “The views went from two or three to too many for it to be a tragic live shot.”

Keiana Herndon’s cause of death is still under investigation. However, her father said she had thyroid issues that she rarely discussed with family and friends.