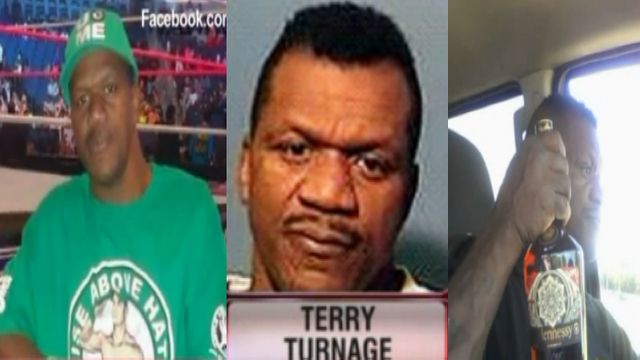 It looks like another man may need a visit from Iyanla Vanzant because this brother deserves a “Fix My Life” moment.

Terry Turnage, who is the father of 25 CHILDREN, was arrested for non-payment of child support.

The Arkansas dad is accused of not paying child support for two of his children. It was not known how much he owes, but authorities say they are holding him accountable.
Authorities say Turnage has fathered his more than two dozen women with 15 different women across two states.

Two very young women (who need to be educated a little more, in our opinion) let news cameras follow them to the courthouse on the day Turnage was scheduled to appear for a hearing. And, of course, he was a no-show. And before you ask, “Pops” was only to pay one of the women $60 per week, so there is no “making it rain” here.

One of his son’s mothers called to ask of his whereabouts. Peep the “urban exchange.”

“Ain’t you supposed to be up here,” she said.

“I’m supposed to be up where?” Turnage asked.

“Up here at the courthouse,” she said.

“No what am I supposed to be up there for,” Turnage replied.

Turnage, who is 50 years old by the way, has various pictures on social media displaying the #TurnUp lifestyle, flashing money and Hennessy.

My people, my people, this man is a damn clown and I can’t see why any woman would want to lie down with him.

Children are innocent and beautiful and none of them are mistakes, but surely, the mistakes many of us make are who we choose to be their fathers.