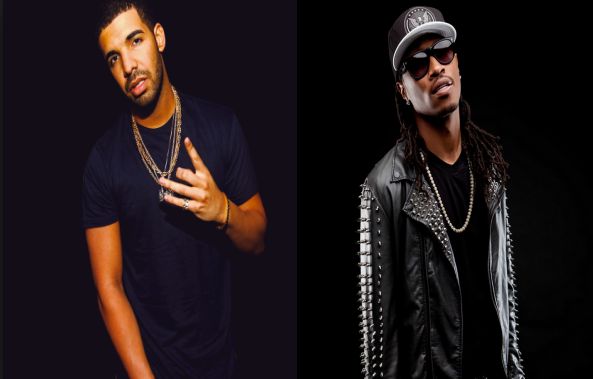 The wait is over: Drake, Future release mix tape ‘What a Time to Be Alive’

The wait is over and all of the rumors and speculations have been laid to rest; Drake and Future dropped their collaborative mixtape What a Time to Be Alive on Sunday.

The artists generated a great buzz by teasing the upcoming project on Instagram for the past week or so.  Drake revealed that he and Future would partner up for the new mixtape by posting a picture of some diamond-encrusted cover art of What a Time to Be Alive on his Instagram on Saturday.

The 11 tracks mixtape premiered on Drake’s OVO sound show on Apple’s Beats 1 radio on Sunday night and is now available exclusively on ITunes and Apple Music for one week before its widespread release. According to Drake, the songs were recorded with Future over the space of just six days.

“It’s a little soundtrack for people that need it right now,” Drake said. “I went to Atlanta for six days a couple weeks ago with the hopes of doing some songs with Future, and when you get around Future, it’s like a vortex, that guy can outwork anybody right now.”

The project was released under Cash Money Records with Epic Records, with the LP being executive produced by Metro Boomin and mixed by Gadget & Noah “40” Shebib.

The new tape follows Future’s Dirty Sprite 2 and Drizzy’s If You’re Reading This It’s Too Late, both of which were released earlier this year.

This isn’t their first time working together, Drake and Future first teamed up on the latter’s “Tony Montana,” a song off Future’s 2012 debut LP Pluto. They were also featured together on Future’s Honest track “Never Satisfied” in 2014 before and again for DS2‘s “Where Ya At.”

Here’s the complete track list, and when you get a chance to listen, let N.W.A. readers know what your favorite tracks are!

FREAKING DISGUSTING! Madonna slobs down Drake at Coachella, he wipes his mouth