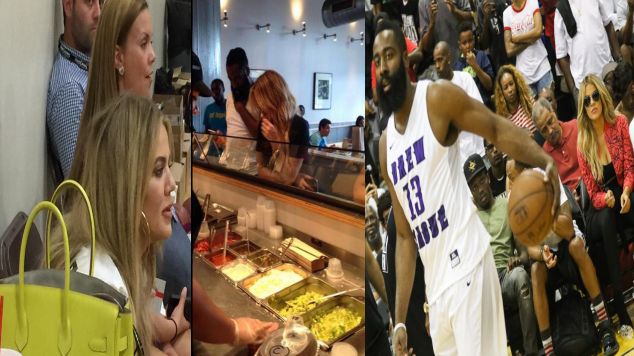 Ring the Alarm! Khloe Kardashian and James Harden are this week’s trending topic. OK N.W.A readers get your cup while I pour you another hot serving dose of tea.

While Kim Kardashian might have broken the internet, the recent spotting of Khloe and James shut down social media.  Photos were plastered on Instagram and Twitter of the two at a local Houston Chipotle restaurant on Westheimer. A day later, Khloe was seen courtside cheering James on as he played with Houston children at his basketball camp.

These two were also seen spending time together in Los Angles and Las Vegas.  Did Khloe snatch herself a Houston Rocket?  If so, I’m sure we will see more of her.

Go ahead Khloe, We are not mad at you! James is a catch. Clutch City welcomes you!

Now the real question is..what will their nickname be?