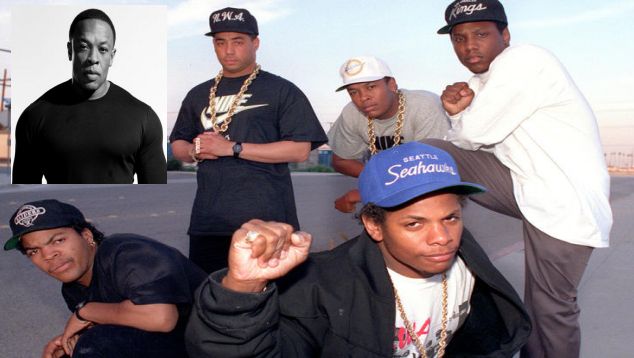 So what’s all the hype about? The drought for resurrecting hip-hop is over. After the rap veteran released his album last Friday, it’s already on track to top the UK charts.

There’s no doubt Dre still got the flavor to rock the mic. Dre’s new album is said to feature icons such as Ice Cube,Snoop Dog, The Game and Eminem. The superstar tells E-news that the idea of “Compton” came while driving home one night from the N.W.A biopic film set. “Compton” is a companion album to the NWA biopic “ Straight Outta Compton.”

Dr. Dre says this is more than just an album to him. All the proceeds from “Compton” will go to building a performing arts and entertainment facility in Compton, California.

“I feel it’s the right thing to do and I hope everybody appreciates the work I put into this album,” Dre said on his radio show, The Pharmacy.

Calling all hip-hop fanatics! We want to hear your thoughts on Compton. Is it all Hype? Or did Dr. Dre deliver? Sound off below.

Take another look at the exciting trailer before flocking to the theater this weekend!