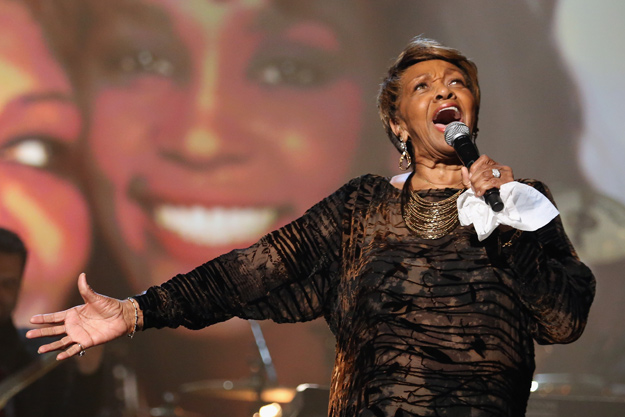 Cissy Houston sings heart out for Whitney at BET Awards

There was not a dry eye in the room as Cissy Houston, 78, bravely sang in honor of her beloved daughter as the 2012 BET Awards paid tribute to the late, great Whitney Houston.

In front of a jumbo image of the mother and daughter embracing, the elder Houston sang an emotional “Bridge Over Troubled Water” for the crowd, showing exactly where her daughter got that soaring voice.

Monica, Gary Houston (Whitney’s brother), Brandy and Chaka Khan delivered passionate performances in memory of the iconic singer.  Brandy actually performed with a fire that she’s never had before in honor of her friend.

Check out the entire moving tribute below – the best one to date – courtesy of BET.com.