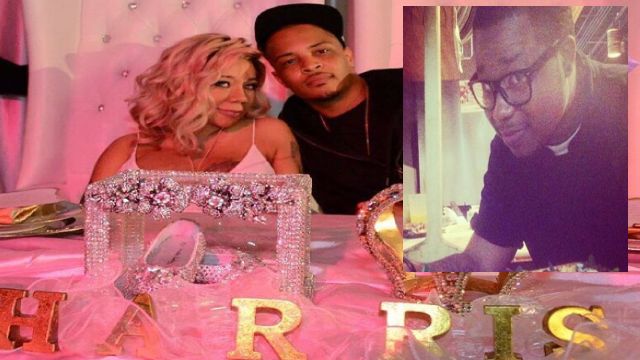 “The Grand Hustle” couple held a baby shower this past weekend that was supposed to be a joyous celebration, but it ended up being an “uninvited” event for some.

The couple got into a heated debacle with their caterer and sent the chef, and his famous wings, packin’.

Chef Kool took to Instagram to air their drama.

“Saturday I was told another chef joined the party,” he wrote in a post. “So I asked being there is another chef are we splitting the remaining $1,000?”

Chef Kool admitted he was late arriving with the food, and said he was told he would not get paid.  He said he was also shocked that the “reality royal” couple told him that it was a “privilege” for him to be serving them. He begged to differ.

The chef also cleared things up saying that T.I. and Tiny were not responsible for the mix-up and their planner was at fault. He still threw a little chef shade at the other chef, who he said was frying chicken by some trash.  Finger lickin’?

Don’t tag me in anymore of they shit please I’ve said what my truth and stand by it firmly ????? #goodday #nahfr #koolgotdajuice #imastillbebooked

Looks like it was a case of who’s  “food dough” is it anyway?