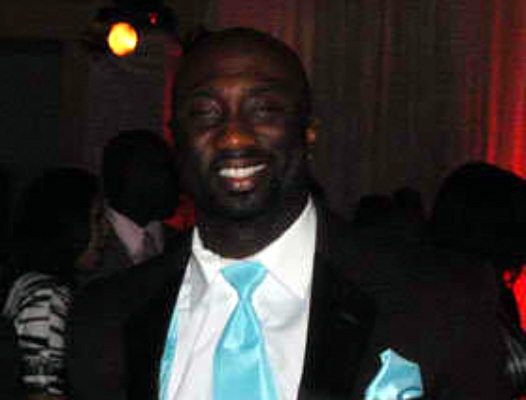 HOUSTON — Leave it to the 97.9 the Box morning crew to do something outrageous!  I love listening to these nuts as I drive myself to work each morning at 5 a.m.  And while I don’t drink coffee, I need nothing more than the Mad Hatta Morning Show to put the pep in my step.

The Mad Hatta is the moderator bringing up thought-provoking topics between “quickie-mixes,” Jimbo is the sound-minded, always politically correct voice of reason and Nnete is the sassy, snappy girlfriend/homegirl/sistergirl  (every woman) that keeps these gentlemen straight in a “Thelma snapping on JJ” sort of way !  You Go Girl!

And then there is the “Freestyle King.”

J-Mac is a nut of a whole different flavor!  He’s chocolate covered, sometimes sweet, sometimes salty and I swear I don’t know the man personally, but as one of his tag lines says
“so deee—licious!”  Deliciously funny, that is!

But seriously, he has a strong social media presence and I often “jack” some of his daily inspirations posted on Facebook and Twitter.

“The past is for inspiration, not imitation, for continuation, not repetition,”  J Mac posted on Facebook Monday.

So when I ran across his campaign to up his profile in Wikipedia.  I could not resist re-posting.

Wiki, Wiki, what? That’s what I was saying after I checked out Wikipedia recently and found only the one reference to the Magnificent One was this tidy little reference on KBXX’s page: “The Madd Hatta Morning Show” with the Madd Hatta, Jay Mac, Nnete, Jimbo and Rob G 5-10 a.m. C’mon people. Coolio has a page. Webster has a page. And one of the original Houston Hard Hitters ain’t nothing but a sentence in a corporate summary. African American, please! It’s time to educate the fools. From the days of the brown shirt and broken down cars to hangin’ with Puffy and Beyonce serenading me on stage. You say you want a role model? Well, I’m that man! But before you can be heard, you have to be seen. So, I’m asking all my people out there to spread the word. Build the Jay Mac Wiki page and they will come.

View the rest of J-Mac’s campaign at theboxhouston.com.

I’ve run into J-Mac a few times as I covered events around town, here are a few photos I dug up.