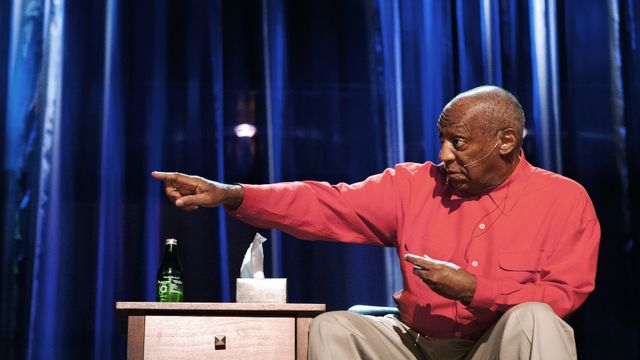 The Bill Cosby performance at Jones Hall scheduled for January 24, 2015, has been canceled by mutual agreement with the intent to reschedule in a future season. No new date has been announced.

Customers who have purchased tickets for this performance will be notified by the Houston Symphony Patron Services Center with further details on what actions they can take regarding their tickets.

One of America’s most beloved comedians of all time, Cosby has captivated generations of fans with his comedy routines, iconic albums and best-selling books. His comedy transcends age, gender and cultural barriers. Cosby broke television’s racial barrier with I Spy, becoming the first African American to costar on a television series while winning three consecutive Emmys. Perhaps Cosby’s greatest contribution to American entertainment and culture is The Cosby Show, about a close-knit, upper middle-class black family.

But Cosby’s image has been tarnished lately due to a string of sexual abuse allegations against him.

More than two dozen women have come forward, claiming that Cosby has taken advantage of them sexually, some saying that the events happened after being drugged.

Famed supermodel Beverly Johnson, who was the first African American model to grace the cover of American Vogue, says Cosby drugged her in the 1980s.  Johnson said the incident happened at Cosby’s Manhattan home and she was visiting him to audition for a small role on the Cosby show.

“I was in the midst of an ugly custody battle for my only child. I needed a big break badly and appearing on ‘The Cosby Show’ seemed like an excellent way of getting Hollywood’s attention,” she said.

Johnson said Cosby offered her a capuccino, and almost instantly, she knew something was wrong.

“I knew by the second sip of the drink Cosby had given me that I’d been drugged — and drugged good.  He put his hands around my waist, and I managed to put my hand on his shoulder in order to steady myself,” Johnson noted. “As I felt my body go completely limp, my brain switched into automatic-survival mode.  That meant making sure Cosby understood that I knew exactly what was happening at that very moment.”

Johnson said she repeatedly called Cosby a “motherf***er” and that made him mad.  She said Cosby yanked her downstairs and threw her in a cab.  For years, she kept her silence until seeing all the other women come forward.

Cosby has denied the allegations.