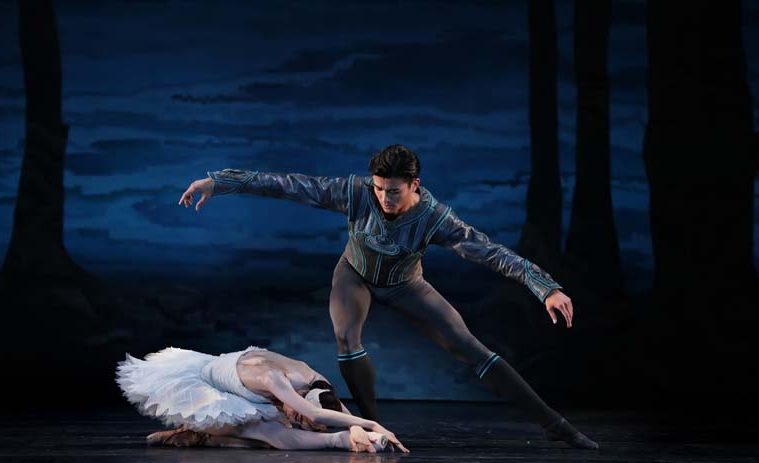 HOUSTON —One of the world’s most iconic ballets returns to the stage right here in Houston as Houston Ballet presents Stanton Welch AM’s Swan Lake. The much-anticipated final production of the 2017/18 season will wrap up Houston Ballet’s Hometown Tour in venues across the city, with performances June 23-July 1 at Jones Hall, where Houston Ballet began performing in 1966 before moving to the Wortham Theater Center in 1987.

“Jones Hall—for many years—was the place where Houston Ballet performed all of its repertoire,” said Stanton Welch, The Harris Masterson III Artistic Director. “So, after all this chaos we’ve had with the storm and shifting from venue to venue, we return to the original place where Houston Ballet started to do these big full-length ballets. It does feel like a homecoming to us as an organization.”

These special performances will showcase the epic love story between Odette and Prince Siegfried, brought to life by Tchaikovsky’s timeless score and Welch’s thrilling choreography as the maiden-turned-white-swan Odette is tricked by the evil knight, Rothbart, and his black swan enchantress, Odile, in this tragic tale. Audiences will be enthralled with the production’s emotional love story, gorgeous costumes, and stunning display of talent that only Houston Ballet can deliver. Tickets are on sale now at HoustonBallet.org or 713.227.ARTS(2787).

Houston Ballet has evolved into a company of 60 dancers with a budget of $33 million, making it the country’s fifth largest ballet company. With a state-of-the-art performance space built especially for the company—also the largest professional dance facility in America—Houston Ballet’s $46.6 million Center for Dance opened in April 2011, with an endowment of just over $74.1 million (as of July 2017).

Australian choreographer Stanton Welch AM has served as Artistic Director of Houston Ballet since 2003, raising the level of the company’s classical technique and commissioning works from dance makers such as Christopher Bruce, Alexander Ekman, William Forsythe, Jiří Kylián, Trey McIntyre, Julia Adam, Edwaard Liang, and George Balanchine. Executive Director James Nelson serves as the administrative leader of the company, a position he assumed in February 2012 after serving as the company’s General Manager for more than a decade.

Houston Ballet has toured extensively both nationally and internationally. Over the past fifteen years, the company has appeared in renowned theaters in London, Paris, Moscow, Spain, Montréal, Ottawa, Melbourne, New York City, Washington, D.C., Los Angeles, and in cities large and small across the United States.

Houston Ballet’s Education and Community Engagement Program reaches more than 60,000 individuals in the Houston area annually. Houston Ballet Academy teaches more than one thousand students every year, and approximately 50 percent of the current company was trained by the Academy.