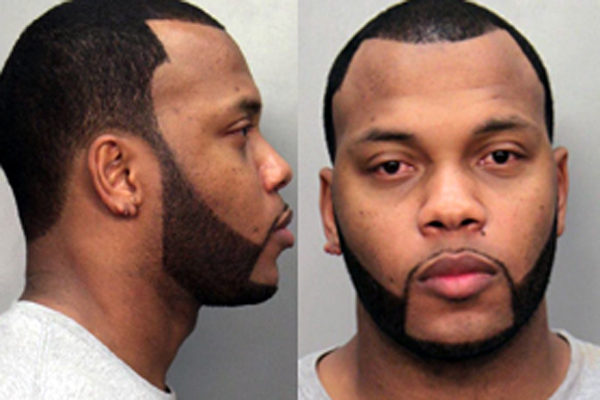 MIAMI BEACH, Florida— Flo Rida, who had two No.1 Billboard hit songs, “Low” and “Right Round,” was busted for DUI in Miami Beach early Thursday in front of a flock of his loyal fans, according to the Miami Herald.

Police pulled over the 31-year-old rapper, whose real name is Tramar Dillard, after seeing him drive erratically in his 2008 Bugatti around 3:45 a.m., according to an arrest report.

After failing to walk a straight line for a second time, the alleged drunk offered police another suggestion.

“Officers, I can’t do this. I don’t feel I can walk a straight line. I had a few drinks. Let’s try another test. I live on the other side of the bridge. I can make it home,” according to arresting officers.

Police not only ignored the “kind offering” as well as the pleadings from his faithful fans.  A large crowd, who gathered to watch the scene unfold, begged officers to let him go, according to witnesses.

I wonder if they would have been so kind if that expensive Bugatti injured, or even killed, them or their loved ones.

Flo Rida was charged with DUI and driving with a suspended license. His bond was set at $2,000 bond.  We think he can afford it.