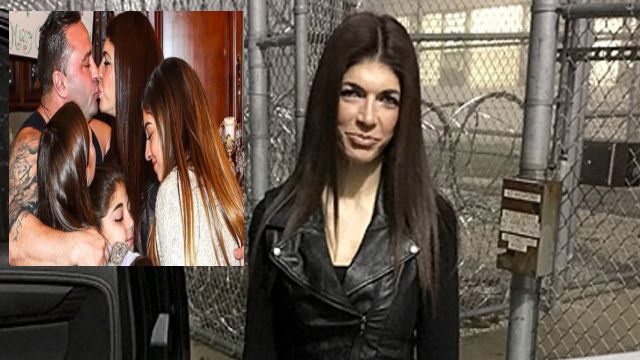 After serving 368 days in a federal prison, reality star Teresa Giudice has returned home to her family in New Jersey.

The former Real Housewives of New Jersey star was welcomed with a huge “Welcome Home” gathering met with cameras, “We Miss You” signs, balloons and she was gifted with a lavish 2016 Lexus.

According to reports, Giudice returned home in a Black SUV driven by her attorney James Leonard Jr. The star appeared happy and healthy, wearing a black blazer with jeans and sleek hair.

Although Giudice returned home in enough time for the holidays, she will complete her 15-month sentence in home confinement.

According to E! online, Teresa spent Christmas Eve with her husband, four daughters, her brother Joe Gorga, his wife Melissa and their children.

Of course, Bravo cameras were rolling throughout the evening.  Trust me, this will be a record-breaking season!

Guidice was charged with several counts of bankruptcy fraud back in 2014 and not paying the IRS in taxes totaling over half a million dollars.

Her husband, Joe Giudice, is next to go to prison, but for a longer stint. He is expected to turn himself in to authorities in March to begin a 41-month sentence. Afterward, he may even be deported.

Let’s pray everything works out for the family!

Welcome home to one of our favorite housewives!