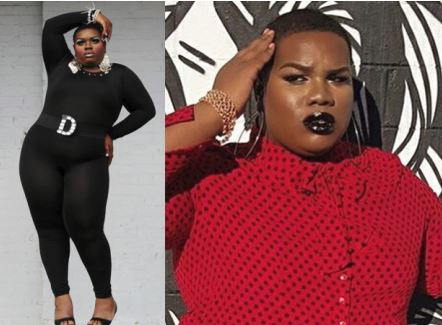 By: Nakia Cooper and Alexandria Green (originally posted on CW39.com)

HOUSTON– “I’m not perfect, but I’m perfect for you” is the title of the 1986 song belted by the hauntingly iconic beauty Grace Jones, who set the standard when it comes to androgyny.

Often imitated — never duplicated — and an enigma to both men and women alike, Jones is in a league of her own. Her features were defined, her persona was bold and, to look at her, one might have been afraid or a bit confused. Masculine— yet feminine— and fearless with a completely dominating presence. And yet, this mysteriously enigmatic and beautiful creature was 100 percent FEMALE.

Grace Jones attends a signing of her new autobiography “I’ll Never Write My Memoirs” at Waterstones, Piccadilly on November 12, 2015 in London.

And her influence today reigns supreme when it comes to that borderline male-female existence that some just can’t explain.

But when it comes to the drag community, some say that androgynous performers have not been as well-received as one may expect. While Jones may be a drag-influencer, some gender-benders who walk in her path have met resistance.

And then there is Houston’s DePaul “Tha Doll” Norwood.

Like Jones, he’s deep chocolate, hair shaved and tapered low and, on the flip side, he was born male. But those male features he holds on to are something that he says caused certain road blocks for him in the drag community, where the art of female impersonation focuses on the characteristics of sheer womanhood; makeup, curves, femininity and hair, which he refuses to wear.

Norwood said because he would not conform to the status quo of traditional drag, he was shut out of the performance circuit. Unstoppable, he decided to carve out his own path.

Social media’s acceptance of Norwood’s vivacious and larger than life personality helped to open doors that were previously slammed shut.

“I created my own web series. I created my own stage performances. And then they had no choice but to book me. I was always taught that if they don’t want to let you walk through the door, build another door and walk through it. That’s been my passion and drive. The negative naysayers would go ‘what is she doing? And why don’t she put on hair. What is she thinking?’” Norwood said. “I’m thinking what I want to think, and I’m being what I want to be. And that is what’s fueling me higher and higher.”

Norwood’s web series quickly went viral after various gossip and blog sites picked up a video of him dancing to “Single Ladies,” the mega-hit of another icon, H-Town’s own Beyoncé. After the popularity of the first video, Norwood added two more installments of featuring him dancing to Queen Bey’s “Grown Woman” and “End of Time.”

“They were saying ‘how does a person that’s 300 pounds know how to keep up with Beyonce?’ Easy, honey. And I just made that my gumbo mix,” Norwood said.

Norwood says he will not be put in a box, and is comfortable being the “odd doll out.”

“Have you ever seen an assembly line with silver eggs? It’s always silver, silver, silver. I’m that gold egg coming out of nowhere by not conforming and looking like everybody else,” he said. “I’m not in competition with no one but myself. Each time I have to grow and be different. I have to strive with this. It’s a journey.”