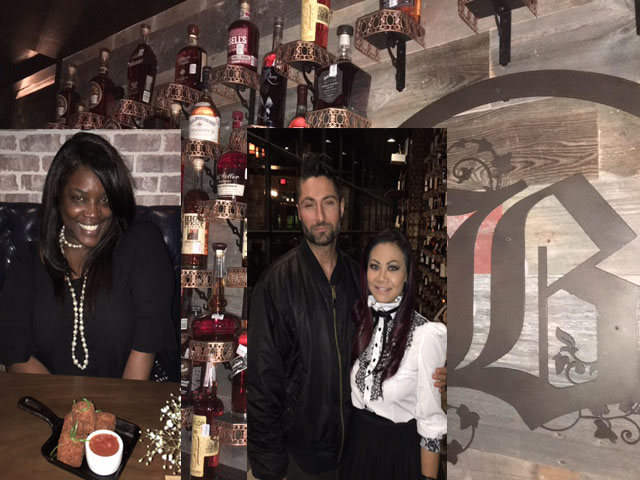 (I’ve done it again, I’ve suffered and eaten tons of great food and tossed back loads of good liquor all for you…le sigh… the torture!) LOL. ENJOY!

HOUSTON — It’s posh, it’s swank, it’s a little bit on the country side — and the food is so damn good!

How did they roll all that up in one Galleria area eatery? Well, you’ll just have to go and find out for yourself! Bosscat Kitchen & Libations, hotly-anticipated whiskey bar with American comfort food from Newport Beach, has made its way to H-Town.

Owners John “JT” Reed, Leslie Nguyen and Vinnie Capizzi — who now call Houston home after relocating last summer — have taken over a 6,900-square-foot space at 4310 Westheimer Rd. and are opening it to the public on Wednesday.

“This has been a long time coming, and we have been very fortunate to meet so many great people in Houston who have opened their arms to us over the last several months,” Reed said. “We’re beyond excited to return the favor and open our doors to a city that has been so welcoming to us.”

“We feel we have an extended family here in Houston and can’t wait to welcome them in,” Nguyen added.

Bosscat’s signature glass-enclosed Whiskey Room houses one of the largest whiskey selections in Houston, with more than 260 offerings ranging from local whiskeys, such as Yellow Rose, Balcones, Herman Marshall and TX, to rare, sought-after allocations from around the world. The Whiskey Room is also home to a limited number of whiskey lockers for VIP guests and a 12-seat table for private dining and private whiskey tastings.

And the food? Well, it’s something to behold — and grub on.