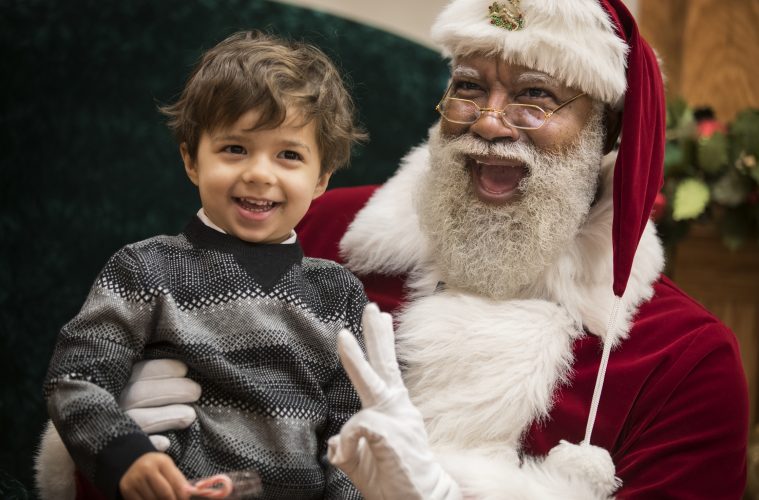 You better watch out, you better not cry, you better not pout, and I’m about to tell you why— Santa Claus, Black Santa that is, is finally coming to the Mall of America! And you want to know what adds to the excitement? He’s hailing all the way from Texas! After 24 years of having a Santa Claus in it’s facility, the Mall of America has decided to switch it up a bit for the annual Santa Experience.

According to the Landon Luther, the co-owner of the Santa Experience, this change is long overdue! Luther stated that “We want Santa to be for everyone, period.”

The search for the perfect Santa is so critical that Luther conducted a national search for a new St. Nicholas! He revealed that he finally found the right fit at a Santa convention held in Branson, Mo. According to the Star Tribune, about 1,000 impersonators gathered together for what was considered to be a “Kringle family reunion” in July. Larry Jefferson-Gamble, the only black Santa at the convention, was that right fit!

Jefferson-Gamble’s Santa impersonations started at an early age as a result of taking care of presents at the age of 12 because his father became ill. And while it is obvious that he is a black man, he says that children don’t often dwell on that idea. He revealed to the Huffington Post that “Kids love Santa no matter what color you are… if you’ve got candy you’re a winner.”

He does acknowledge that for African-American children, it may however be different for them, stating that “It gives them something to identity with, but Santa is still just Santa.”

Needless to say, we are so proud of this milestone and achievement! It may seem like a small feat, however, it is important for children to know that Santa can come in any color, background and ethnicity! Way to go, Santa!