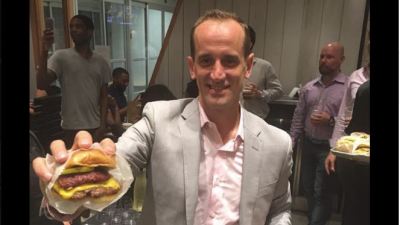 It’s time to chow down: Shake Shack lands in Houston

The restaurant is churning out the best burgers, chicken sandwiches, frozen treats and more at the Galleria, which is a magnetic destination for Houstonians.

“The Galleria is a natural gathering place in Houston,” said Shake Shack CEO Randy Garutti. “We’re pumped to be a part of what they’ve built, and create a new spot for friends and family to kick back with burgers and beer in a great setting. We were humbled by the turnout and love on social media from our pop-up with The Pass & Provisions in October. We can’t wait to bring that energy to the Shack every day in this great city.”

Garutti is all about giving back to the community. As part of Shake Shack’s mission to Stand For Something Good®, Shake Shack will donate five percent of sales from the Vietnamese Coffee and Donuts concrete to support Houston SPCA, Houston’s first and largest animal protection organization. Shack team members will also volunteer at events run by the organization.

Shake Shack is thrilled to share that a second Houston location is slated to open in late 2017 in Rice Village.