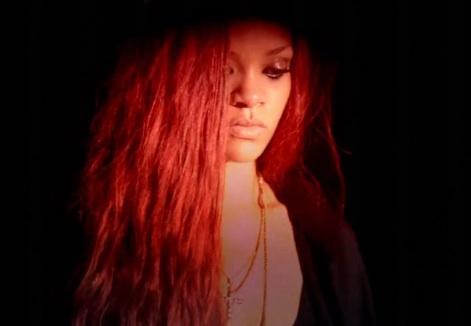 Is “Man Down” Rihanna’s way to release personal pain?

Now, do you know what a catharsis is?  You should.  It is a Greek word meaning to cleanse or purge.

Many people are concerned about pop singer Rihanna’s new “Man Down” video, in which she portrays a rape victim who shoots and kills her attacker one day after her sexual assault.

After the video’s debut, news and gossip sites were immediately flooded with fans and concerned parents asking should or shouldn’t she; and millions hit Youtube and Vevo to watch the controversial video over and over.

Why did she make the video?

This can be looked at from many different angles:  art and freedom of expression versus what is—or is not—appropriate for public viewing.

Or is it a catharsis based off the singer’s past, personal pain? It depends on who’s watching.

Rihanna said the video has a deeper meaning and called into BET’s “106 & Park” to defend the subject matter.

“I don’t like to just make videos. I love to make an experience and this is art with a message. Obviously the character is not a cold-blooded killer. It has to be something so offensive and we decided to hone in on a very serious matter that people are afraid to address,” she told hosts Terrence J and Rocsi.

“Rape is happening all over the world and right in our own home and we continue to cover it up and pretend it doesn’t happen.  I personally don’t condone violence or murder. I’ve been abused in the past and you don’t see me running around killing people in my spare time. I just want girls to be careful.”

On the surface, that clearly explains the video, but there could be even more beneath.

Rihanna was once a victim and this could be a way for her to release her pain, and the video could be just another little event in a long series of purges.

A lot of Rihanna’s actions has been a bit of a talker lately, and we all know Hollywood loves the scandal—and to scandalize.

This beautiful, young woman (key word that everyone seems to forget is YOUNG) just went through a highly-publicized breakup, following a brutal assault from her also famous boyfriend, while pictures of her black eyes were plastered over the Internet.

She became what Tina Turner used to be; the poster child for an infamous butt-whooping.  I say that with all intended respect, but won’t mix words because shock-value is what often works best in situations like these.

I am not a psychiatrist, a psychologist or family counselor, but I am a woman who has endured a lot of pain and abuse in the past.

After the infamous Chris Brown assault, the young woman who was already revamping her image as a “good girl gone bad” with the cute, a-symmetrical black bob, went a little over the edge and transformed herself into a hot, racy, red-head.

Sometimes when a woman is physically violated, she often displays questionable behavior following the offense.  Oprah Winfrey opened up about her phase of promiscuity following her molestation, and other women have confessed to overeating, overspending (shopaholic), many forms of “hypersexual” activity, theft, drugs, alcohol and other things that are a bit on the outrageous—and sometimes dangerous – side.

Some people grieve in quiet, while others grieve live, out loud and in living color.

You could argue this pop star has nothing to grieve about, but she is human and a part of her may have died the night Brown pummeled her for the world to see.

This video could be just an emotional cleansing, a way for her to stand up, snap the towel and tell the world that any violence against women is unacceptable.  It could be a wakeup call for the younger generation to think of what they do because, for every action, we know there is an equal reaction.  Or it could be a way to keep her spotlight shining and the registers ringing.

Whatever it is, it is HER VOICE, and she has a right to be heard.

But ask yourself, did YOU get the message, did YOU hear her voice, have YOU learned anything?

Haven’t seen the video yet?  Check it out, courtesy of Youtube.