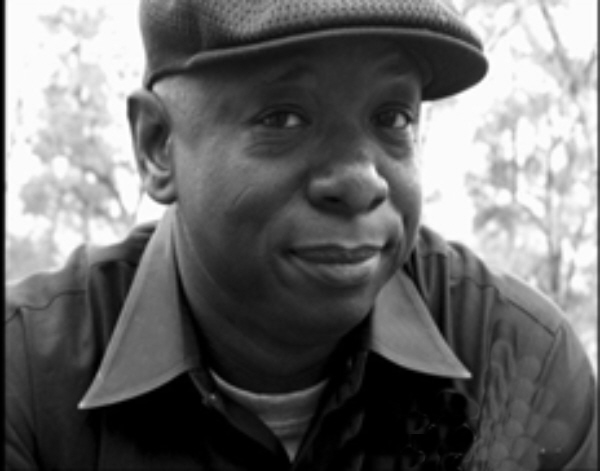 Troy Anthony Hogan, a Houston native, was introduced to the world of arts and entertainment 25 years ago.

This H-town actor is making big moves, not only performing at local community theaters, but has a recurring role on an NBC series.

Hogan is a 15-year veteran with Houston’s Ensemble Theatre, the oldest African American theatre company in the southwest region of the United States. He has performed in such plays as Flyin’ West, Before it Hit Home, Two Trains Running, Gem of the Ocean, A Raisin in the Sun, Ashes to Africa, Spirits of the Mississippi River and Distant Voices, in which he proudly played multiple roles.

Hogan plays Principal Levi Burnwell on NBC’s Emmy-nominated television show, Friday Night Lights (FNL).  During his hiatus from the show, he also landed a role in the Adam and Mark Kassen’s feature film Safety Point, which is slated to premiere in 2011/2012.

Hogan grew up in South Park and graduated from Robert E. Lee High School in 1985.  He then went on to Prairie View A&M University, where he became active with the Charles Gilpin Players Theater Troupe under the direction of C. Lee Turner. When it came to acting, he just followed the flow.

“I’m not sure when I knew I wanted to be an actor, but I knew I could was when I got paid,” he said.

After graduating from PVAMU with a Bachelor of Arts degree in Theater in 1993, Hogan interned at the Alliance Theatre Co. in Atlanta, GA. under the mentorship of Kenny Leon.

“I’ve had many mentors, they just didn’t know we had that relationship,” Hogan joked.

Hogan is a noted producer for Hawk in Flight Spin 23, founded by Errol Anthony Wilkes, Corey Shields and the late JD Hawkins.  He was also casting director for Krescent Films founded by the late Stephen Allen. Hogan’s credits include Wounded Hearts, Red Ink, Barbershop Blues, For Better or Worse and the award-winning Street Tales of Terror.

Hogan is now in pre-production of Thomas Jones’ revival of the Wizard of Hip.  This piece also launches his new venture, Controlled Insanity, a production company with partner Don “D.B.” Butler.

Hogan aspires to one day put into full action “The Arts Initiative Project” (AIP).  AIP wants to encourage children to take the initiative in the Arts, specifically acting.

The foundation’s goal is to provide scholarships to young people who seek to explore arts on a broader level.  The foundation has launched a pilot program at Jack Yates High School.

Hogan is a proud father and says his son, Josiah, is his greatest creation.

This charismatic, “seemingly newcomer” who’s been around for many years, says hard work and persistence pays off.

“Keep dreaming, pray and work,” said Hogan. “Houston’s talent is where it’s supposed to be.  I’m waiting for a revolution.”