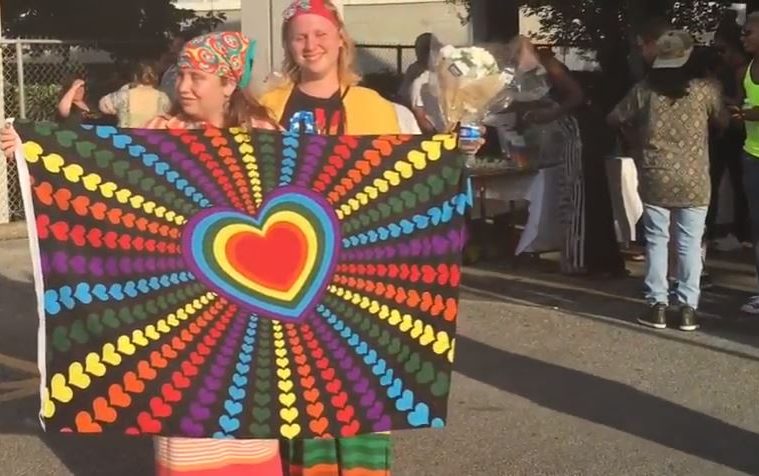 HOUSTON — Across the nation, people are mourning the loss of the 49 victims killed in what is being called one of the most gruesome mass murders in American history.

The massacre happened Saturday night at Orlando Florida night club, “Pulse,” when a lone gunman entered the club and opened fire. Forty-nine people were killed and 53 others were injured, leaving family members in a panic searching for loved ones and a country struggling to search for answers why. The killer, Omar Mateen, was shot and killed by police who stormed the scene.

On Monday, Houstonians joined in love at the Montrose center for “A Stand Against Hate” candlelight vigil.

We stand with our allies, friends, families and loved ones,” organizers said.

Hundreds of supporters of the LGBT community stood together in strength to show that fear will not win. They said the massacre could have happened in Houston, and they were doing everything they could to remain united.

One woman said she is not afraid to be gay, and in fact, she is more proud.

The event was organized by Pride Houston, the Montrose Center, and Legacy Community Health.