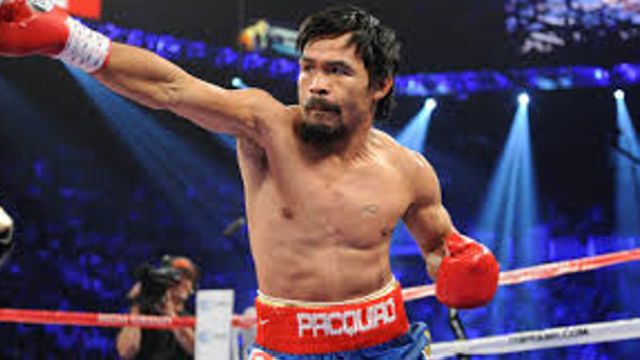 When he was asked his opinion on same-sex marriage, his response ruffled a few corporate feathers.

Pacquiao eventually posted an apology on Facebook, but the damage had already been done.

“I’m sorry for hurting people by comparing homosexuals to animals,” he wrote. “Please forgive me for those I’ve hurt. I still stand on my belief that I’m against same sex marriage because of what the Bible says, but I’m not condemning LGBT. I love you all with the love of the Lord. God Bless you all and I’m praying for you.”

Pacquiao must now look for a new apparel sponsor because his statement made Nike spring into action.

“We find Manny Pacquiao’s comments abhorrent. Nike strongly opposes discrimination of any kind and has a long history of supporting and standing up for the rights of the LGBT community. We no longer have a relationship with Manny Pacquiao,” the company said.

Magic Johnson expressed on Twitter that he was all for Nike dropping Pacquiao, and added that he won’t be watching anymore of the boxer’s fights.

“I applaud Nike for terminating Manny Pacquiao’s contract after his derogatory statements that gay people are worse than animals,” the NBA legend said.

In an interview with the Associated Press, Pacquiao shared his thoughts on Nike’s decisions and made it clear that he respects their decisions but, is still entitled to his opinion.

Pacquiao left nothing but space and opportunity for his boxing rival Floyd Mayweather to add in his two cents.

Pacquiao is currently running for senator of the Philippines and training for a fight on April 9 against Timothy Bradley Jr.

Maybe, just maybe, he can put the pieces back together; but possibly not with Nike.