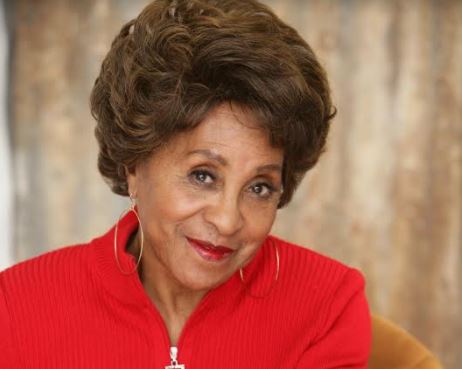 N.W.A. ContributorJune 14, 2017
0 Comments 0
Shares
By: Ashley Tillery
Margaret Theresa Bradley — you may know her as Marla Gibbs — was born on June 14, 1931 in Chicago, Illinois.
Before becoming an actress and comedian, Gibbs worked as a reservation agent for United Airlines in Detroit, Michigan. She landed her first acting job as Beverly Solomon in the film, Sweet Jesus, Preacherman.
Gibbs made her first television debut on The Jeffersons in 1975 as Florence Johnston, the family’s maid. Her role in The Jeffersons garnered her the NAACP award for Outstanding Supporting Actress in a Comedy Series, and she was also nominated for a Golden Globe and TV Land award.
During her time on The Jeffersons, Gibbs made special appearances on The Love Boat, Pryor’s Place, Barney Miller, and more. In 1985, she had her starring role as Mary Jenkins in the comedy sitcom, 227, along with her co-stars Jackee Harry, Regina King, Hal Williams, Helen Martin, Alaina Reed Hall and Countess Vaughn.
After 227, Gibbs’ passion for acting did not cease. She has made special appearances on television series such as Martin, A Different World, The Fresh Prince of Bel-Air, Black-ish and more. At 86, Gibbs is still giving laughs and life to the viewers on TV.
Happy Birthday Marla Gibbs! We appreciate your passion for acting and comic relief to this generation and many more to come.