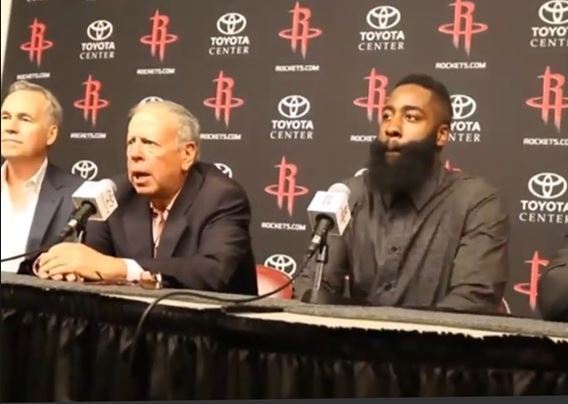 Got a couple hundred million dollars lying around perhaps? Buy the Houston Rockets!

If you ever desired to purchase a basketball team, then now is your time because the Houston Rockets are for sale! In a statement Monday, the owner of the team, Leslie Alexander, said it is time for him to move on.

“It’s been my great joy and honor to own the Houston Rockets for the past 24 years,” he said. “I’ve had the incredible opportunity to witness true greatness through the players and coaches who have won championships for the city, been named to All-Star and All-NBA teams, enshrined in the Basketball Hall of Fame, and done so much for our franchise and our fans.”

CEO of the team Tad Brown said Alexander had been approached over the years by potential buyers, but never gave it a thought until now.

“I think it’s been something he’s been thinking about a little bit,” Brown explained. “It can wear on you after so many decades and he’s tired. There are passions in his life now that are becoming more and more clear. His family, certainly, and his philanthropic efforts; what he’ll be able to do with his additional time and his resources on a global scale is something that he’s very much looking forward to.”

Alexander purchased the Rockets before the 1993-94 season for $85 million. Forbes recently valued the franchise at $1.65 billion. As of now they are focused on finding the right buyer and will not be rushing the process.

We had the pleasure of meeting Alexander at the “Great Gatsby” 30th birthday celebration for Dwight Howard. Cool dude. We wish him all the best!