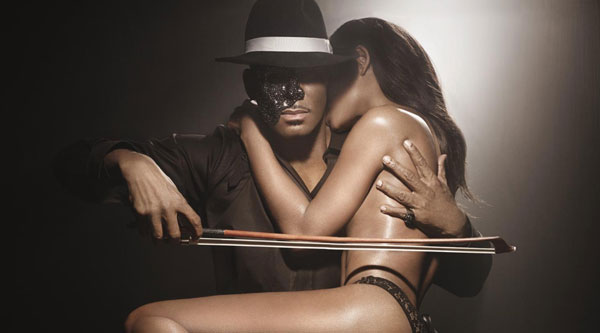 Is R. Kelly leading a sex cult of impressionable young women – or is this an insatiable witch hunt?

Fifty-year-old R&B legend Robert Kelly has found himself once again in the center of controversy. In an attempt to get their eldest daughter from under Kelly’s care, parents J and Tim (whose real identify is being protected), told the police that their daughter is “being held against her will” in what they called a “cult.”

J and Tim’s daughter is 21 and still lives with Kelly.  Since she is reportedly “doing fine,” the law does not consider her a missing person.  The last time they saw their daughter was December 1, 2016.

“It was as if she was brainwashed. She looked like a prisoner. It was horrible,” the mother said. “I hugged her and hugged her. But she just kept saying she’s in love and [Kelly] is the one who cares for her. I don’t know what to do. I hope that if I get her back, I can get her treatment for victims of cults. They can reprogram her. But I wish I could have stopped it from happening.”

To add fuel to the fire, three former members of Kelly’s inner circle, Cheryl Mack, Kitti Jones, and Asante McGee have come forward to provide  their account of what they witnessed while working for the “Pied Piper.” According to Buzzfeed, the trio says  “six women live in properties rented by Kelly in Chicago and the Atlanta suburbs, and he controls every aspect of their lives: dictating what they eat, how they dress, when they bathe, when they sleep, and how they engage in sexual encounters that he records.” Mack, Jones and McGee also said that a 31-year-old den mother “trained” newcomers on how Kelly likes to be pleasured sexually. The woman has reportedly been best friends since high school with the girl in the videotape for which Kelly was tried in 2008. She recently parted ways with Kelly, sources say.

Mack, Jones and McGee also claim that women who live with Kelly, who he calls his “babies” are required to call him “Daddy” and must ask his permission to leave the Chicago recording studio or their assigned rooms in the “guest house.”

Kelly reportedly has two homes, including a rented mansion in suburban Atlanta. A black SUV with a burly driver behind the wheel is almost always parked outside both locations.  Sources claim Kelly confiscates the women’s cell phones so they cannot contact their friends and family, and gives them new phones that they are only allowed to use to contact him or others with his permission. Kelly films his sexual activities, McGee and Jones said, and shows the videos to men in his circle.

On February 3, 2002, a video surfaced showing Kelly engaging in sex with, and urinating on, an underage girl. The story, which was released by an unknown source, was sent to the Chicago Sun-Times, the newspaper that broke the story nearly a week later. After a number of delays, on October 27, 2006, a Cook County, Illinois court hearing for pre-trial motions set the date of the actual trial to February 7, 2007. It took more than six months for the case to go to trial. Jury selection began on May 9, 2008, and the trial officially started on May 20 with opening statements from the prosecution and defense. On June 13, 2008, a Chicago jury found Kelly not guilty of all 14 counts.

Now he’s in the sexual headlines again. What in the heck are we all to believe? Surely, this man would not be doing all this when he knows all eyes are on his sexual exploits — or is he a man who just can’t help himself?

After these horrific claims, will you still be attending any of R. Kelly’s concerts?