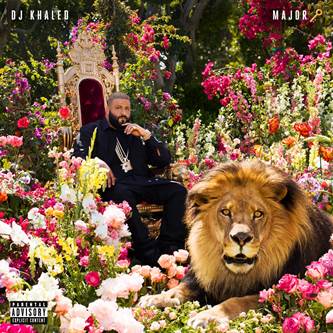 MAJOR KEY is now on iTunes. The album’s first two singles are sure to be smash hits, with “For Free” featuring Drake and “I Got the Keys” feat. Jay-Z & Future.

DJ Khaled exclusively premiered the music video for “I Got The Keys” during the BET Awards Post-Show. The song itself bridges eras of hip-hop, uniting three true innovators.

Taking Khaled’s vision, Jay-Z’s legendary wordplay, and Future’s otherworldly knack for a transcendent hook, it’s a musical dynamo of downright epic proportions. The music video, directed by Daniel Kaufman, boasts cameos from some of the biggest names in rap music and pop culture, including T.I., Rick Ross, Swizz Beats, Yo Gotti, 2 Chainz, Pusha T,Bryson Tiller, Fabolous, and A$AP Ferg as well as Future and Jay-Z in a rare and much sought-after music video appearance. All of hip-hops finest look their finest, sporting dapper suits and exuding charisma and charm. With this cast, narrative, and visuals, it’s practically ready for the box office and stands poised to leave an indelible impact on music history.

It’s been a monumental week for DJ Khaled. It kicked off with an epic appearance and album cover reveal last Thursday on Jimmy Kimmel Live! and culminated in a classic BET Awards appearance and “I Got the Keys” video premiere. The year clearly already belongs to Khaled.  He teamed up with Zane Lowe and Beats 1 to debut the album’s first single “For Free” and it’s been a radio staple ever since. Khaled is currently starring in two Apple Music commercials; one alongside supermodel Naomi Campbell and “another one” alongside the brilliant Ray Liotta.  Khaled also graces the current Cover of The Source.

Khaled is going to have his most major moment yet with MAJOR KEY.