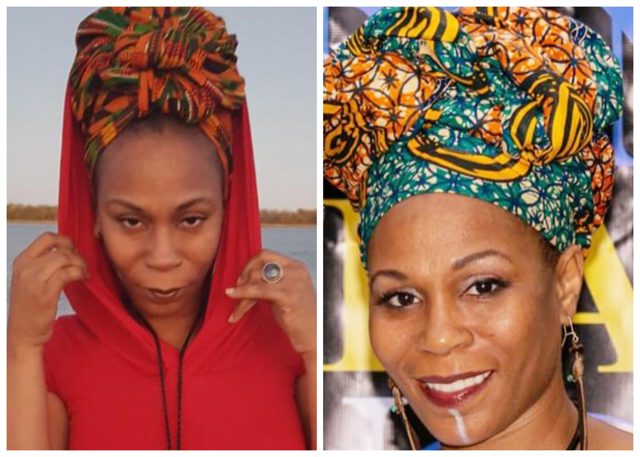 HOUSTON – “Rootwork, Hoodoo, Conjure, Juju” … these terms are often followed by horror stories that exemplify their negative connotations. The question is why are these terms describing an ancestral form of alchemy as “evil” when these rituals of resistance were brought to America by enslaved Africans?

In the spirit of Valentine’s Day, let’s begin by discussing rootwork and love spells. Do they really work?

“Most people associate this with the negative connotations of controlling someone to love against their own will,” said Ikeoma Divine, a Southern American rootworker. “However, this knowledge should be used to empower a current mutual relationship and/or enhance one’s own self-love. The latter will actually draw love to you.”

Ikeoma, who grew up in southwest Houston, says there are several techniques used to incorporate such enlightenment. There is no “One Size Fits All” method. Each remedy is prescribed per situation. Ikeoma decides, based off a consultation with a person, which method is best for their needs. There is nothing to be afraid of. In fact, the practice of rootwork dates back to our ancestors.

Confessions of a Black Mother

Loving my crown and glory: Finding beauty in my own ‘nappiness’

Rootwork is an ancestral form of alchemy which includes herbalism, mediumship and divination.

Herbalism (herbal medicine) is the use of plants, roots, grass and weeds for therapeutic remedies. When you were growing up, did your mother, grandmother or other older family members go into the woods to pick leaves, weeds, roots, etc. to make teas and soups to drink for illness or to prevent illness? This is a form of herbalism.

Mediumship is the practice of communicating with spirits. Did you have a family member known to be able to see spirits, usually dead family members, or would get messages in their dreams?

Divination means to prophesy, predict, foresee or gain insight into a situation by way of mediumship, and tools such as the Bible, cartomancy, pendulum and/ or a set of bones. Some people grew up with a mother, grandmother or other family members who would use tools for insight into and to help with their personal situations.

Many of us have been in church and someone said to us, “The Lord told me to tell you…” You see how it is all connected?

In a nutshell, Rootwork was used for everything from healing, protection, love and money. So why the negative connotations? Because people fear what they do not understand.

Time to “debunk” those myths of things you’ve heard.

IT’S WITCHCRAFT– This propaganda was enforced by the protestant Christians who needed to control the enslaved Africans through their religion. These teachings were heavily internalized as generations were raised in these churches. Many rootworkers assimilated into the church and became leaders and healers in their communities. Many preferred to go to these healers/conjurers over white physicians who used them as degrading experimental projects or their white owners who lacked medial knowledge. Read Medical Apartheid by Harriet Washington.

VOODOO AND HOODOO (ROOTWORK) ARE THE SAME– Voodoo is a West African traditional religion. It mainly came from the area known today as Benin. Hoodoo (Rootwork) in the American South originated out of the struggle to maintain a relationship rooted in ancestral guidance and reverence. You may have heard someone say that someone put Voodoo on them or someone else. This is impossible because Voodoo is a religion (noun) and not a verb. Originally, these rituals were used for survival against enemies but when the knowledge got into the wrong hands, people used it for their own egoic, petty purposes. When the outcome was negative, the results were blamed on the practice and not the practitioner.

ANYONE CAN PRACTICE– Rootwork is not a religion but a practice that one inherits by birth line. One is born into this practice. If someone is drawn to this practice, it’s usually because a family member, more than likely an ancestor, also practiced. Every family has a healer among them. Therefore, the gift is passed down from generation to generation. This is an ancestral-based practice, therefore anyone who has no DAEUS (Descendant of Africans Enslaved in the US) ancestors lack the spiritual connection that is required. European and enslaved Africans were segregated and did not socialize. So, any recipes that claim a European influence are not authentically derived from original Southern American Rootwork.

By debunking these myths and understanding its origin, rootwork can be viewed as a cultural practice that can be incorporated into everyday life. Educate yourself before passing judgment.