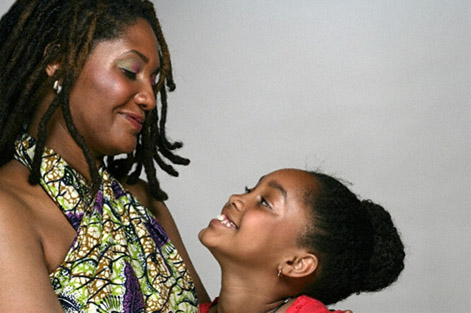 Should black parents be considerate of “black” names?

People often question whether black parents should be considerate of naming their children “black” names. Now what exactly is a black name?  A black name is a name that typically comes from African ancestry living in the United States. Names like Keshia, Andre’, Darryl, and Imani are examples of what is considered “black names.”

A debate sparked on Facebook concerning whether a parent should be considerate of naming their child a “black” name, or if they should they play it safe and go the “white” route. Many people argued that naming a child an “ethnic” or black name would automatically aid in discrimination in the job search. Others, who considered themselves to have ethnic names, suggested that the name isn’t what gets the person the job, but more so their qualifications.

Most of us know how the Human Resources part of the job hunt works. They take one look at your name on the resume, and if it is something that seems too hard to pronounce or too “ghetto,” then you automatically are put in the trash. One Facebook friend commented that she actually worked in HR and had to throw hundreds of resumes to the side because of the applicant’s name.

Now, some parents may suggest naming their child an ethnic name shows pride in one’s heritage and makes their child more confident in who they are, but does it really mess them up in real life?

According to research by Marianne Bertrand and Sendhil Mullainathan of the National Bureau of Economic Research, a job applicant with a name that sounds like it belongs to an African American– say Lakisha Washington or Jamal Jones–can find it hard to get a job. The results from this study indicate that there are large racial differences in callback rates, with job applicants with white names needed to send about ten resumes to get one callback; those with African-American names needed to send around 15 resumes to get one callback.

Further debate on Facebook also argued that a person should stand up to racial prejudice and show them that their name does not define them. Now name prejudice is wrong, but it exists, and it is a crucial factor in how you will progress in society (unfortunately)… Given that we live in a country that is still not color-blind, it is hard to thrive in a society where more than likely the person hiring you is not someone that looks like you or can relate to you.

What do you think?