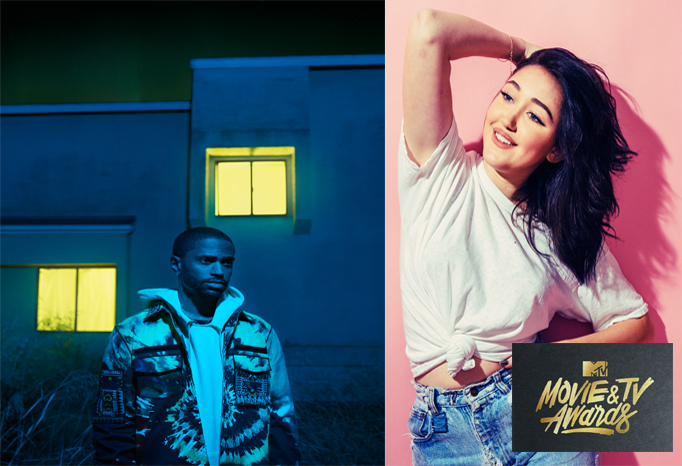 NEW YORK – Big Sean fans, get ready! MTV today announced Monday that platinum-selling Detroit rapper Big Sean will perform his new track, “Jump Out the Window,” for the first time on television at the 2017 “MTV Movie & TV Awards” LIVE on Sunday. In addition, rising recording artist Noah Cyrus will take the stage and perform “Stay Together,” the second single from her anticipated forthcoming album NC-17. The show will be hosted by comedian Adam Devine.

“I’m so excited to be performing at the ‘MTV Movie & TV Awards,’” said Cyrus. “It will be my first time performing “Stay Together” on TV and I’m looking forward to having a great time!”

Joining Big Sean and Cyrus as performers will be the recently announced J Balvin and Pitbull taking the “MTV Movie & TV Awards” stage with Camila Cabello to perform their steamy hit single, “Hey Ma,” which is featured in “The Fate of the Furious” film, which just had the biggest global opening in history. This marks the first TV performance of the track since its release in March.

Cyrus is the first artist to kick off the return of MTV’s “PUSH: Artist to Watch” program that highlights a new breakout artist every month. Cyrus will continue to be featured as the “Artist to Watch” for the month of May across MTV’s on-air, digital and social platforms with exclusive assets including acoustic performances of her hit songs, “Make Me Cry” and “Stay Together,” as well as interviews. MTV’s “PUSH: Artist to Watch” campaign (artisttowatch.mtv.com) connects fans with a new musician every month through live performances, exclusive broadcast premieres of music videos, interviews, video content and more across all platforms and screens including MTV, MTV2, mtvU and MTV Live.”

Big Sean will perform ‘Jump Out the Window,’ the next single from his recent album, I Decided. The award-winning and Grammy®-nominated superstar has enjoyed a rising career in hip-hop after his debut album “Finally Famous” in 2011. The album spun off consecutive top-charted smashes and Big Sean became a major collaborator on Kanye’s groundbreaking “Cruel Summer” album in 2012.

Big Sean’s Hall Of Fame album followed in 2013, and “Dark Sky Paradise” became his first platinum album two years later. It topped the charts with the #1 hit “IDFWU” featuring E-40 (3×-platinum), “Blessings” featuring Drake and Kanye West (2×-platinum), and “One Man Can Change the World” featuring Kanye West and John Legend (gold). His recent album I Decided debuted this February at #1 with the momentum of the two pre-order tracks that turned into smash singles “Bounce Back” (RIAA double platinum with over 300 million streams) and “Moves” (RIAA gold).

“Stay Together” has already been deemed a “Song of the Summer Contender” by Idolator and a “party anthem” by Entertainment Weekly, while the FADER wrote, “Noah Cyrus’s “Stay Together” won’t get out of our heads.” Cyrus’ debut single “Make Me (Cry)” surpassed 250 million global audio and video streams and remained on Billboard’s Hot 100 chart for months. The song was met with unanimous praise, going to #1 on Spotify’s Viral Global Chart within hours of release. Cyrus’ televised awards show debut at the 2017 iHeartRadio Music Awards received a standing ovation from the audience and included some of the biggest names in music such as Bruno Mars, Katy Perry, Ed Sheeran, Shawn Mendes and The Chainsmokers, among others.

The 2017 “MTV Movie & TV Awards” will serve as the ultimate celebration of the best stories, actors and characters for the MTV audience. Breakout horror film, “Get Out,” leads the pack with six nominations, along with “Beauty and the Beast” and “Stranger Things” with four.

While fan favorite categories like Best Kiss, Best Hero, Best Villain and more remain, MTV has broken the divide between film, television and streaming series, instead nominating the best performances no matter the screen. Also for the first time, the former Best Actor and Best Actress categories have been replaced with non-gendered Best Actor in a Movie and Best Actor in a Show. Best Fight has been modernized to Best Fight the System reflecting the audience’s increasing awareness and activism around broader social justice issues. In addition, MTV introduced Best American Story, Tearjerker, Best Host, Best Reality Competition and Next Generation. Presenters and additional categories will be revealed closer to the show.