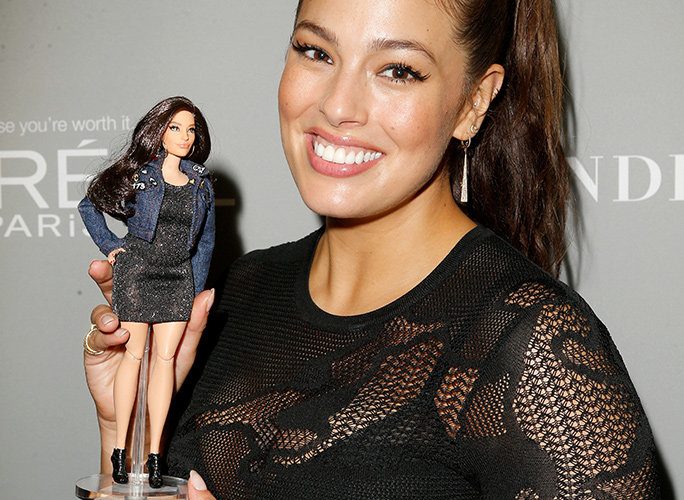 It’s a great day for curvy girls all over the world! The beautiful plus-size supermodel Ashley Graham now has a Barbie that represents her body measurements and image. This is a great way to join other trailblazing women who have also received this honor, such as Ava DuVernay and Gabby Douglas!

According to People magazine, Graham, who is known for her advocacy for positive body image and women’s empowerment, stated that “I’m thrilled Barbie has not only evolved their product, but also has continued to honor women who are pushing boundaries. It’s an honor to be immortalized in plastic.”

When discussing how hands-on she was when it came to how her Barbie looked, the 27-year-old expressed in a Hollywood Reporter interview that “She had to have her thighs touch. No ands, ifs or buts about it. And I asked for cellulite but obviously plastic and cellulite don’t go hand in hand… It was important that the Barbie resembled me as much as possible. The thighs touching was one way to show young girls that it’s okay for your thighs to touch, despite society saying that a ‘thigh gap’ is more beautiful.”

Thighs touching, round hips, arms and tummy!! Thank you @Mattel and @Barbie for immortalizing me into plastic! ??? #beautybeyondsize pic.twitter.com/eDqFyg0kOp

Of course the curvy doll has Ashley’s swag! She is decked down with a sparkly, black dress and stylish blue jean jacket and hoop earrings for a finishing touch! Congrats, girl!