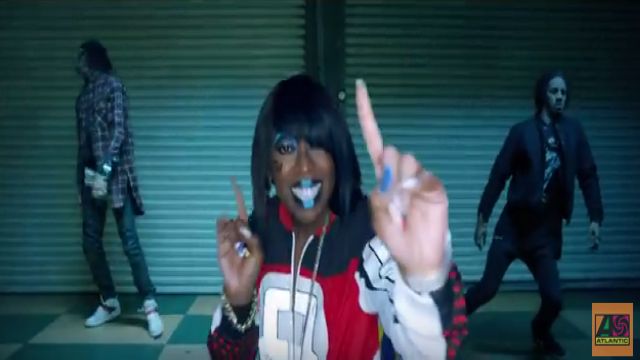 WTF, Missy Elliott is back! Releases new video after 7 years

Missy is back! Yes, that’s right, Miss Elliott released her first music video after seven years on Twitter. That’s not all that Missy did, she created an Instagram account for the first time to announce the release of her new single WTF (Where They From) produced by Pharrell.

“I can’t wait for the whole world to see my new video tomorrow,” she wrote. “9am we bout to take off to another planet. U ready? Let’s go. #WTFMissy #FirstLook.”

It’s been a decade since her last album, The Cookbook, but she’s been making a come this year with her show-stealing appearance at Katy Perry’s Super Bowl halftime show.  Just because she isn’t making noise doesn’t mean she isn’t working.  Missy was still writing and producing for other artist while awaiting her comeback.

If you are familiar with Missy, you know she always comes with a bang and , according to her fans’ reactions on social media, “WTF” is no different and well worth the wait.

We just have to sit back and see what else she has in store.  Check out the video!