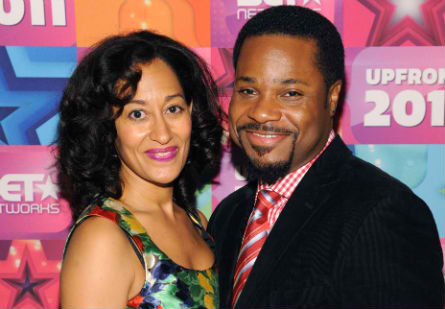 So, what happens when “Theo” from the “Cosby Show,” grows up and gets married?  You get a new show on BET!  Malcolm Jamal Warner is not reprising his “Cosby Show” role (wishful thinking) but he is starring in a new series, “Reed between the Lines,” with former “Girlfriends” star Tracee Ellis Ross, according to s2smagazine.com.

Warner, who plays an English teacher, and Ross, who plays a psychologist are sure to give a funny, introspective look into the love and marriage of a professional black couple.

Warner and Ross are both seasoned actors from successful series and have comedic-timing down to a science.  As long as they add chemistry to the mix, BET will have a match made in heaven.

“Reed between the Lines” is scheduled to premiere on the network in October 2012.  It will join the roster with the “Game” and “Let’s Stay Together,” which have both been renewed for another season.

See what Warner and Ross (who is also wearing a producer’s hat on those big, beautiful curls) had to say about their new show on s2smagazine.com.

Information and photo for article via s2smagazine.com.