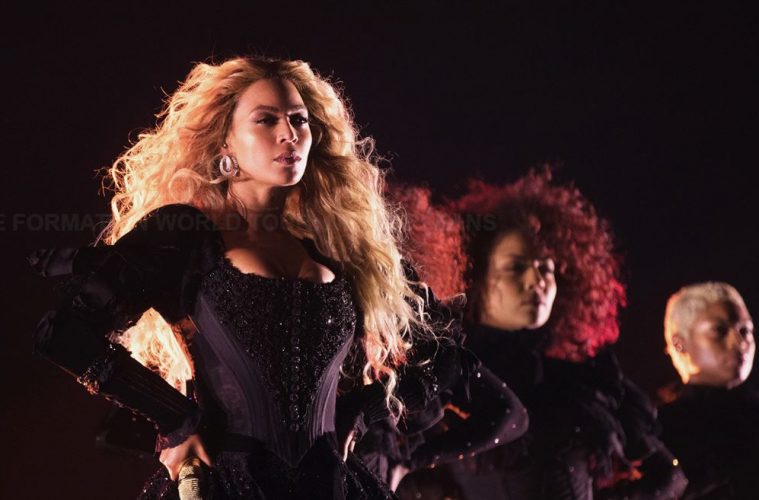 HOUSTON- When it comes to Beyoncé, all grammatical errors have to go out the window! Baby when we tell you that Queen Bey slayed so much that we had to walk into work the next day with a hoodie on, cause baby them edges were gone! In this case, we love missing edges from the queen honey!

The “Love Drought” singer came back to Houston at NRG stadium for her final performance of the 2016 World Formation Tour.

Beyonce’s “Lemonade” album was the calling for all black women who wrote their love letters in silence, as it covered the grueling rumors of cheating between Beyoncé and Jay Z for the past two years.

In the visual, Beyoncé featured a diverse representation of Black women in all tones, shapes and sizes, rocking everything from small afros, to cornrows, to big curly locks. She also featured the mothers of Black males who were killed due to police brutality or other senseless violence, including the mothers of Trayvon Martin and Michael Brown, Lezley McSpadden and Sybrina Fulton.

In closing, Beyoncé shared a positive message with her fans about self-love, and the importance of forgiveness in all aspects of our own lives. She encouraged her fans to never dwell in hate — not even in terms of racism — but in love and happiness instead.

While all the lovey-dovey is great, the queen still made it point that she will, “Smack that trick!” if someone decides that they’re “’bout that life!”

“Houston, Texas! I rep Houston everywhere I go. You can’t take the Houston out of me!” she said.

Starting her show with “Formation,” she also performed “Sorry,” “Countdown,” “Baby Boy” and “Me, Myself and I” while saying, “This song is about the most important relationship you have in life…the relationship with yourself.”

She even went on to perform her song “Daddy Lessons” that eventually channeled her inner Michael Jackson with a “Dangerous” dance piece after “Flawless” and “Feeling Myself” going into her tribute to the legendary Prince.

[Check out N.W.A.’s bonus footage of Beyonce and the crew reppin’ H-Town with “Pop My Trunk.” We love it!]

During her performance of “Flawless,” She also performed “Love Drought” and “All Night” before taking the ultimate climax of her show with “Freedom.”

We love you Queen Bey.  Thanks for coming back and reppin’ H-Town. #Love

Want to catch up on the first time Beyonce stomped up and down H-Town during her first stop home for the Formation World Tour in May.

[Watch the video, courtesy of N.W.A.]