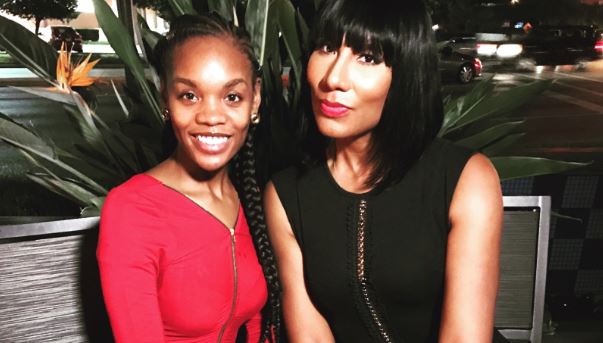 That’s what happened for dozens of women who attended “Cocktails and Conversations,” on Saturday at A-Loft Galleria.

Brown, the creator of Cocktails and Conversations, started the evening off with some laughter and real-talk, warming up the crowd. Before the night got underway, the Trenton, NJ native told N.W.A. that the event was “a dream coming into fruition.”

“I’ve been doing Cocktails and Conversations with the magazine for over a year and have discussed topics like overcoming obstacles and, like tonight, women supporting women,” she said.

Brown wanted to highlight things minority women face on a daily basis, and spoke on how unity is essential in overcoming obstacles.

“To have that sisterhood with someone and to build that support in any way, it’s just amazing,” she said.

[See highlights from Cocktails and Conversations]

Gagne, a Houston native, recently decided to end her position at the Steve Harvey Show, but while some may be shocked that she walked away from what could be considered a “dream job,” in her eyes, family comes first.

The mother realized that she needed to be closer to home in order to directly impact her daughters’ lives before they left the nest. She said even though she loved Harvey as a boss, she knew what she had to do.

“You know when it’s time to go. When you’re at your job and God is speaking to you ‘Why are you here?’ Dare to step out on faith,” she shared.

Gagne also talked about the importance of having a supportive mate while climbing the ladder of success. Her husband, Emilian, has been supportive every step of the way.

The Musicians’ Wives talked about the importance of their sisterhood and how important it is to support each other while their husbands are living their dreams.

The women — who consist of poets, authors, mothers, philanthropists, vocalists and entrepreneurs — believe they are their sisters’ keepers.

The Musicians’ Wives have built a foundation of support and love, and truly illustrate how healthy relationships between a group of women should be. As founder Brandi Jackson says, “A woman can change one man, but a group of women can make history.” These ladies are doing just that! Also, the women have created their own drink line, “Keynote” so go grab a glass!

During the event, she didn’t hesitate to take calls from her family, including one from little sister Tamar Braxton, who was providing updates on the progress of their eldest sister, Grammy Award-winning singer Toni Braxton, who was in the hospital suffering complications from lupus.

When talking about her family, the newly-divorced singer and actress said, “My mother raised us to be very, very close and for one to look after the other, and that was just embedded in us, so that’s how we are now.”

In addition, Towanda Braxton has started a non-profit organization, “Diaper Bag,” which provides diapers for lower-income daycare centers. She has also recently completed a movie with Carl Payne, “Misguided Behavior,” in which she plays a cop.

N.W.A. was honored to be in the presence of these hard-working, game-changing queens for the evening, and we look forward to seeing them climb further up the latters of love, happiness and success!

Thanks for inspiring us!