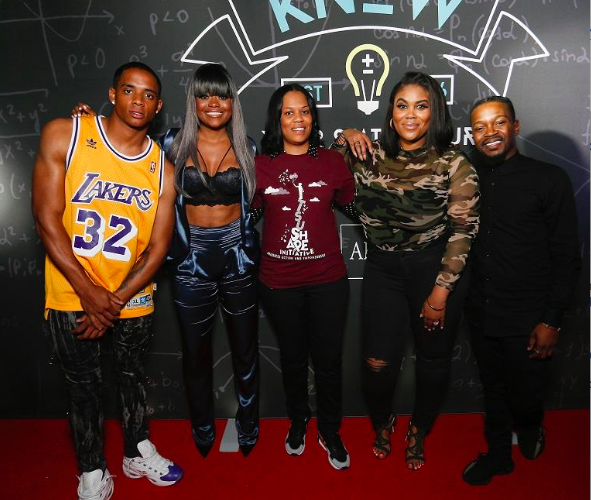 Having the conversation about STDs and STIs in today’s society can sometimes be a social taboo. In an effort to educate sexually active young adults and to make the conversation a little easier, the AIDS Healthcare Foundation (AHF) brought the “Know Your Status” tour to Houston at Texas Southern University.

More than 1.2 million people in the United States are living with HIV, and 1 in 8 of those people don’t know it. Each year, over 10 million young adults in the U.S. contract an STD. The most commonly reported STDs are chlamydia and gonorrhea. This tour helps to shed light on these alarming statistics and issues, and provides solutions that could help lower those rates.

The AHF Youth Task Force linked up with some of social media and pop culture’s biggest influencers– Nina Parker, Karen Civil, Don Benjamin, Sibley, and Cordell Broadus. Their goal is simple– fewer young adults having unprotected sex and more youth having safe sex. America’s Next Top Model contestant Don Benjamin shared his reasons for being a part of the tour.

“From what I see, there is not a lot of black men talking about STDs. I know HIV is very high in the black community, so I feel it’s important to let the kids who are on their way know about the importance of sexual education. People are talking about sex all the time, but not strapping up,” Benjamin said.

The tour features free fingerprint HIV testing, celebrity panel discussions, breakout discussions, specialized school activities, social media pledges and musical performances by some of the hottest upcoming influential artists. The plan is for students to get STD and HIV testing.

There are other incentives for student participation, like custom t-shirts and box giveaways!

Chris Grace, the founder of AHF’s KYST wants the students to be comfortable talking about sex.

“Over all you have to stay positive and have the conversation,” Grace explained.

The KYST is projected to reach even more college students across the nation as they make their way across southern states.