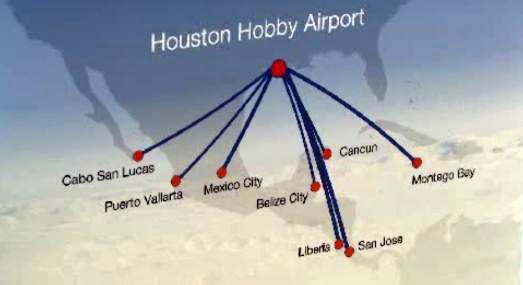 Cabo San Lucas anyone?  We now have choices of who we choose to take us out of the country. It’s time to celebrate the official opening of Southwest Airline’s new international complex at Hobby Airport!

The $156 million project was fully funded by Southwest Airlines and completed on schedule and under budget. The City of Houston is funding roadway improvements and building a new garage, the first phase of which will open later this Fall, to accommodate the additional international passengers.

We’re hoping this great news and new addition will bring about some competive pricing and discounts.  Airport parking fees are a beast!

Let’s pack it up gang!