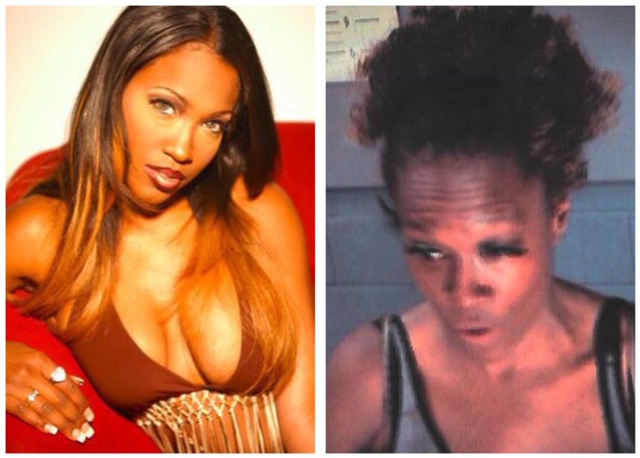 I find myself these days openly praying for a person in need and today, more than ever, I feel we need to surround a beautiful young woman with love, peace and the power of God.

Nineties actress Maia Campbell, who rose to fame in LL Cool J’s former sitcom “In the House,” was among 44 arrested in a recent illegal street racing event in Atlanta.

Campbell, 43, was charged with being a pedestrian in the roadway, news outlets reported Wednesday.

In addition to the arrests, Atlanta police issued 114 tickets for offenses related to the racing.

Now, even more shocking than seeing our beautiful, black queen apparently still suffering from mental illness and reported drug abuse, is the fact that a crowd of people were standing around while fools did donuts in the street. Are we missing something? Isn’t the Coronavirus out there lurking?

Our hearts and prayers go out to Maia, as she needs all the love she can get. We can never forget the heartbreaking viral videos of her begging for drugs on the streets. Her former co-stars, including LL Cool J, reached out to help her years ago, but she rejected. She was also featured on Iyanla’s Fix My Life on OWN, but things took a downturn after the show.

Under all that despair, we know a beautiful woman still remains. #Prayers.