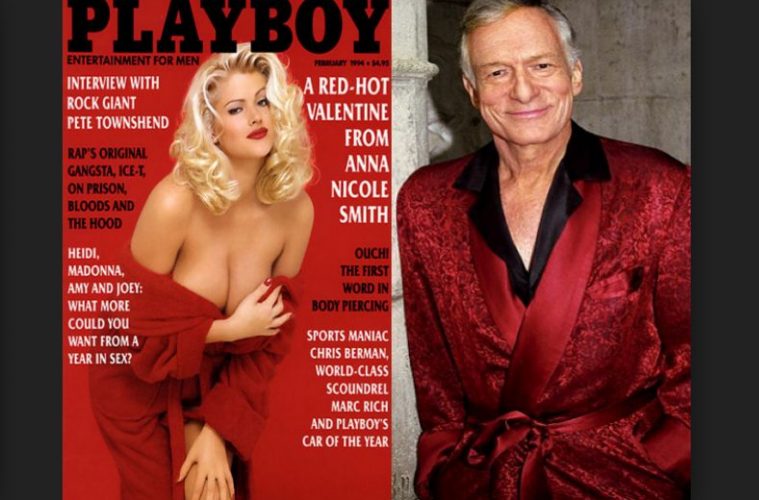 I guess now, they REALLY will be just “reading it for the article,” because Playboy has announced they will no longer be flashing the goods! Old Hugh has turned on his dudes!

Playboy Enterprises, Inc., announced Tuesday that, following last summer’s highly successful relaunch of Playboy.com as a safe-for-work site, it is taking the next step in its brand evolution by making transformative changes to its flagship property, Playboy magazine.

What does all that mean?

Playboy’s editorial team is in the midst of a top-to-bottom redesign that will be unveiled with the magazine’s March 2016 issue.  The reimagined Playboy magazine will include a completely modern editorial and design approach, and, for the first time in its history, will no longer feature nudity in its pages.  Playboy will continue to publish sexy, seductive pictorials of the world’s most beautiful women, including its iconic Playmates, all shot by some of today’s most renowned photographers.  The magazine will also remain committed to its award-winning mix of long-form journalism, interviews and fiction.

“The political and sexual climate of 1953, the year Hugh Hefner introduced Playboy to the world, bears almost no resemblance to today,” said Playboy Enterprises CEO Scott Flanders.  “We are more free to express ourselves politically, sexually and culturally today, and that’s in large part thanks to Hef’s heroic mission to expand those freedoms. We will stay true to those core values with this new vision of Playboy’s future. Once our readers see all of the innovative changes we’re making to the magazine, we’re confident they will love the end product when it debuts next year.”

With its website, mobile app, massive social media fan base and magazine, Playboy reaches more people now than ever before in its 62-year history.  Relaunched in August of 2014 as a safe-for-work site, Playboy.com immediately experienced explosive growth in its audience, averaging a 400% increase in monthly unique visitors.  In addition, the median age of the site’s visitors shrank from 47 to 30 years of age, an attractive demographic for advertisers.  About a third of all visitors to Playboy.com return to the site every day.

So I guess the millenials have it, they are all about the “twerking” but “not-so-much” when it comes to peek-a-boos.