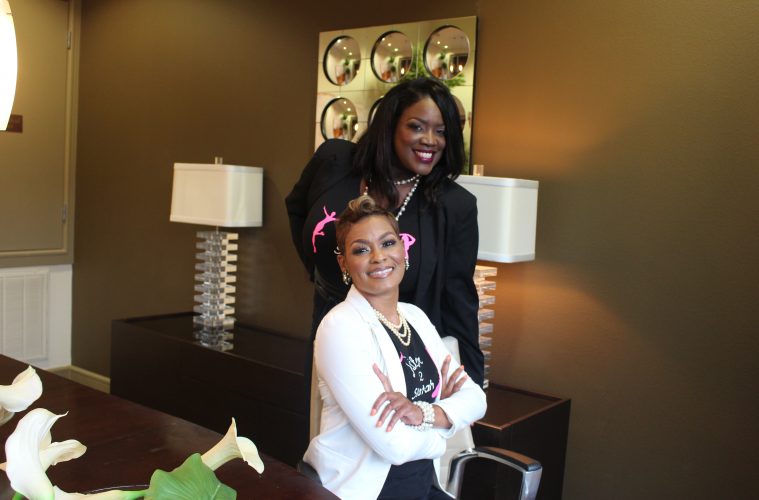 Rebecca Briscoe and Nakia Cooper are two Houston women on a mission to change the lives of young women of color in the community. They are the founders of “Sister 2 Sistah,” a mentoring program aimed at helping college-aged women overcome obstacles.

They call themselves the “General” (Briscoe) and the “Queen” (Cooper). Two different styles, two different (albeit it HUGE) personalities, but one passion — to give back. As media professionals, Briscoe and Cooper both had positive mentors who helped shaped their futures, and know how instrumental a strong role model has on a young person’s career.

In just one year, Sister 2 Sistah has transformed the lives of 15 college students, helping them to gain internships, job placements, solid networking connections to solidify future partnerships and friendship bonds that will last a lifetime.

With nothing more than passion and compassion, Briscoe and Cooper have captured the hearts of the community and gained local and national attention. Through the program, the S2S members were sent on an all-expense paid trip to New York City to see the Broadway play, “Eclipse,” starring Lupita N’yongo, and met the stars of the play after the show.

Sister 2 Sistah’s initiatives are in alignment with Let Girls Learn, Reach Higher, Love Is Respect, Congressional Caucus on Black Women and Girls, and Emerging Literacy. In addition, Briscoe and Cooper have solidified a partnership with the NOVO Foundation, and will be helping to spread the message of understanding on healthy relationships/ dating abuse to HBCU campuses.

Briscoe and Cooper  have received recognition from many business and community leaders, including Congresswoman Sheila Jackson Lee, who is an “honorary” Sister 2 Sistah. They were both honored to receive proclamations from Jackson- Lee at the 2016 Sister 2 Sistah annual dinner party.

Links to all media coverage for Sister 2 Sistah include: