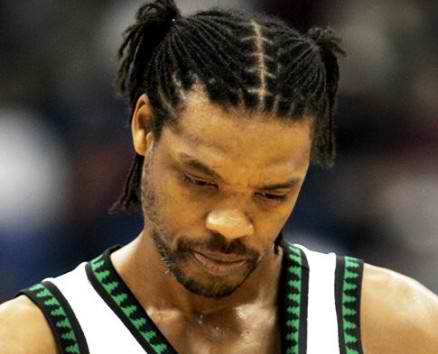 How do athletes lose it all?

While the NFL is embroiled in the lockout controversy, one question comes to mind about the players’ solidarity during their “unpaid vacations.” Can the players hold together without receiving the paycheck they depend on, and what would happen if it all ended?

Lockouts and spats with owners during their careers appear to be the least of their worries; it’s the post-career lifestyles which may cause the darkest days financially for athletes.

And it is more than “town knowledge” how family, friends and entourages can drain an athlete with investment ideas and handouts.

DIVORCE – Statistics show 60 to 80 percent of all athletes’ marriages end in divorce, and we all know it’s sometimes “cheaper to keep her.”

Most states have community property laws which require a 50/50 split. If the athlete does not have a prenuptial agreement, he is in danger of losing a great deal of his money.

Former NY Giant Michael Strahan lost big in a divorce settlement and no one can forget how much Juanita Jordan walked away with in her divorce from Michael. The Jordan’s divorce was one of the highest divorce settlements in U.S. history, but “Mike the Mogul” shows no sign of getting light in the pockets anytime soon. Unfortunately for many athletes, everybody can’t be “like Mike.”

CHILD SUPPORT – The image of the modern athlete having multiple kids with different women is stereotypical, but unfortunately true. It is also true that the amount of child support can drain an athlete’s cash faster than any other reason listed.

Kenny Anderson, former NBA player, could easily be the ultimate Maury Povich guest. He is said to have eight children from several different women, two of which are very well known. He was once married to and has children with Tami Roman of MTV’s “The Real World” and VH1’s “Basketball Wives,” and another child with DJ Spinderella of Salt-n-Pepa. Now, although child support payments can drain a bank account, Anderson was once said to be a “dead beat” when it came to making payments.

Some athletes have even gone to the extreme of murder to get out of paying child support, like former Carolina Panther Ray Carruth. Then there are many former athletes on the verge of bankruptcy or already bankrupt who still have child support orders in place from their playing days.

Athletes will not play sports all of their lives. The average sports career is four to six years and unless they’re disciplined, an athlete cannot expect to be set for life on money earned during their glory days.

It can be very overwhelming for someone with no financial education to handle a large infusion of money at one time.

Callie Rogers of Cumbria, England won $3 million in a lottery and later was quoted saying “winning the lottery has ruined my life!” Athletes are no different.

“No matter how much money a person is paid or given, they will always live according to their consciousness. Hence the cliché ‘you can take the person out of the ghetto but you cannot take the ghetto out of the person,’” said Cruise. “The point is, if you have a trailer-park consciousness it is only a matter of time before your reality recedes and matches you consciousness. This is true for all people — not just athletes. We just are awed when athletes wind up broke because of the amounts of money that went through their hands.”

But as they say, a fool and his money are soon parted.